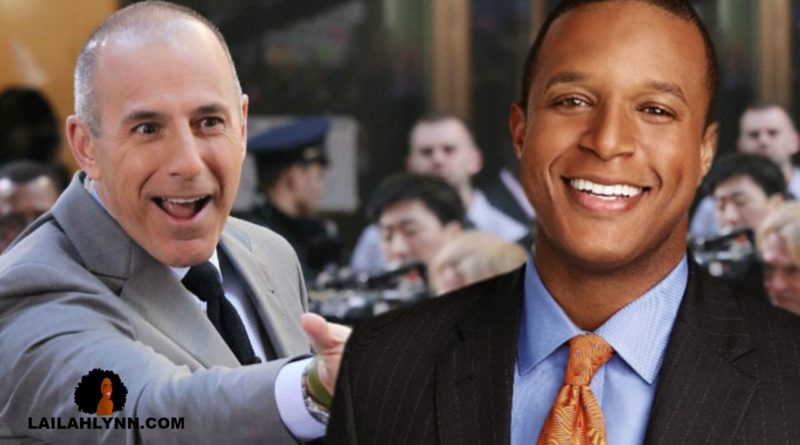 Meet the man that is rumored to replace Matt Lauer on The Today Show.

via Hollywwod Life:
1. He already has a history with the Today show. Craig Melvin, 38, a reported frontrunner to replace Matt Lauer, 59, is a co-host on Today show’s Saturday edition, as well as an anchor on MSNBC Live during the week. On top of that, he’s already a substitute anchor for the Today show and MSNBC Nightly News with Lester Holt. Apparently, NBC and staff members already love Craig, so switching him to this more senior makes sense. A source told ET, “This would give the network the opportunity to make Melvin into a star at NBC. This would be clean slate.”

2. He has a wife and two kids. Craig married ESPN sports anchor Lindsay Czarniak, 40, on Oct. 15, 2011, and together they have two adorable children, Del and Sibby.

3. Craig is known for his extensive political coverage. Over the course of his career, he’s covered both the Republican and Democratic Conventions in 2012 for MSNBC, in addition to Election Night coverage for TVOne in their partnership with MSNBC.

4. Craig has covered some of the biggest stories of the last few years. Back in 2013, Craig reported on the Asiana Airlines 214 crash as well as the George Zimmerman, 34, trial.

5. He’s an Emmy award-winner! Back in 2006, Craig received an Emmy for his reporting at WIS, NBC’s affiliate in Columbia, South Carolina.