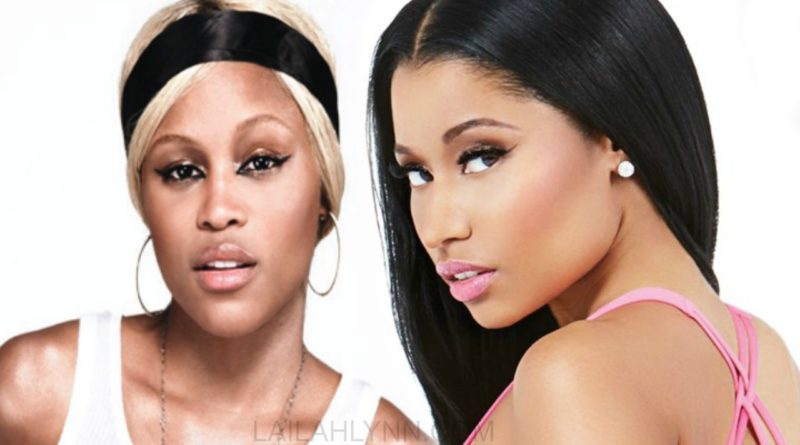 Eve got the job that I mentioned Michelle Williams was hoping to get recently.  She is the new co-host of The Talk.  And she’s stirring things up already.

When asked how she felt about Nicki Minaj’s new Paper magazine spread, she didn’t hold back.

Here’s a few pics from the spread… I worked with Nicki, I got to know her on ‘Barbershop,’ Eve begins. “She’s a nice person, she’s an amazing rapper, and as a lyricist I respect her…but as a woman, from my point of view, personally, I would not be able to do that. I think in this climate, it’s not good. I think every artist has a right to express themselves however they want to express themselves and I respect that as well. For me personally, as I started coming up in the business, I started realizing that young girls were looking up to me and younger people were looking up to me, and that, not that you want to be a role model, but it becomes what you become, it is what you are.

As I’ve gotten older…I’d just rather be a voice that’s uplifting I can be a voice for those girls that might not have a voice, in a different way without showing myself off…For the Nicki fans, I love her, respect her. Go women in hip hop. It’s not my thing. I just don’t think it’s right. Personally. Period. That’s it.

Here’s the video of Eve talking about Nicki on The Talk.

Nicki Minaj’s fans were quick to remind Eve of her stripper past.  And the fact that she had a sex tape with Stevie J when she was younger.

Eve got a whole sextape out w/ Stevie J.. what we won’t do is bash Nicki Minaj.

Eve is the stereotypical black person that likes to forget where she came from and turn her nose up to anything that doesn't fit her new 'persona' . Nicki Minaj doing the paper magazine shoot is nothing compared to her past. pic.twitter.com/z2nwHp2q7M

Me after watching that video of Eve talking about Nicki Minaj pic.twitter.com/Nq19b1j6wy

Fans of Eve tried to defend her.

Dear Nicki Minaj fans, We already know Eve was a stripper and had a sextape with Stevie J. We already know eve has paw prints on her breast 😏 So find something new to say about eve because Eve been in the game way longer than Nicki 💯 pic.twitter.com/49uWZ3tDcb

And Eve chimed in as well and defended her criticism of Nicki. 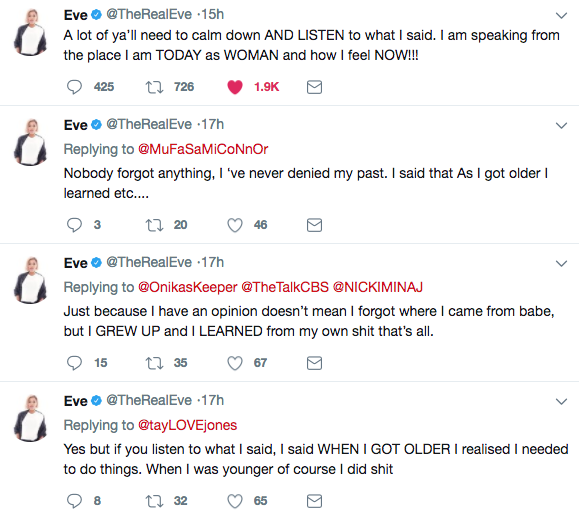 Do you think Eve was out of line for saying that Nicki’s photo spread was “wrong” since she’s considered a role model?