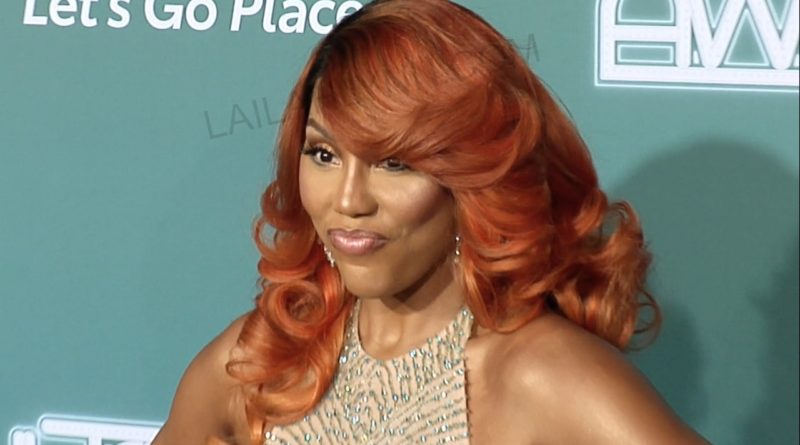 Tamar Braxton is back in the spotlight and on social media for the first times since filing for divorce from her husband Vincent Herbert.  As I mentioned in my previous video, Tamar will be doing press for the upcoming season of Tamar & Vince solo.

She walked the red carpet for The Soul Train Awards solo this past weekend, even though her family was in attendance.  And she looked amazing in a green gown and red hair.

On Instagram she posted a clip of her singing her new song Blind.  And she captioned it

Some things change… when some remain the same. I’m TAMAR..I am. I was. I’m still🤷🏽‍♀️#believeitornot#theGlowup#BBOH#blind

Now this caption, to me, seems to be a subliminal message to her estranged husband Vince, who is rumored to have told her she would be nothing without him.

If you recall in Tamar’s tearful livestream in September she said… she ‘refuses to be with someone who treats her like she’d be nothing without them.’  And even though she never said Vince’s name, it’s clear now that she was talking about Vince.

We’ve seen Vince treat her like he is the one who made her a star on multiple seasons of Braxton Family Values, and on Tamar & Vince.

And now she’s letting him know that with or without him she is still who she is.  She says

Believe it or not

And that hashtag believe it or not lets you know she’s telling someone who thought they made her, that she is still her with or without them.

YOU get a discount and a 30 day return policy, and I get support for my channel

One thought on “Tamar’s Back! Hints At Marriage Problem With Vince | On the Red Carpet at Soul Train Awards”