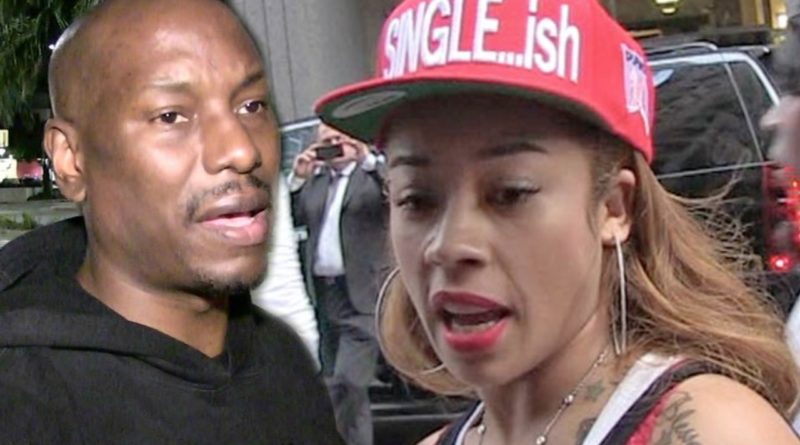 In case you missed it, the Los Angeles Department of Children and Family Services has closed its investigation into the allegations that Tyrese Gibson had beaten his 10-year-old daughter Shayla.  They won’t be seeking criminal charges against him at all, according to his reps.

And I figured since I posted about him when he seemed to be losing, I’d post now that he has won and is able to see his daughter again.

While he was at his lowest point he complained that none of his “rich friends” were there to help him as he got dragged in court and online.

One person that did speak up for him is Ms. Keyshia Cole.  She posted this message on Instagram in support of Tyrese: 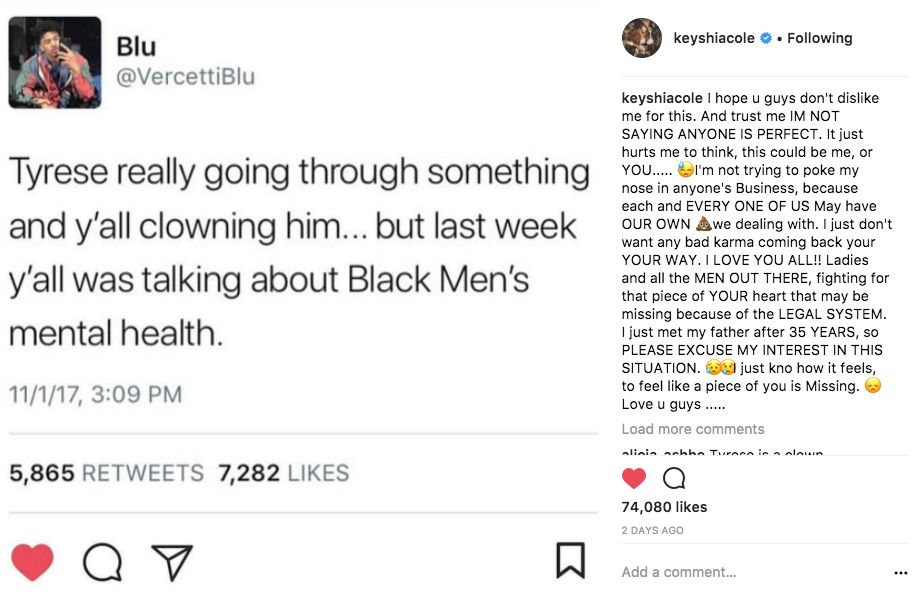 Keyshia Cole finally found her father after 35 years just last year.  His name is Virgil Hunter and he is a pro boxing trainer.  He was involved with her mother when they were younger and eventually reconciled with Keyshia through a mutual friend last year.

So she is one person that could see past all of Tyrese’s antics and look at the situation from a child that’s lost their father’s point of view.

Again, congrats Tyrese. You got your baby back.

YOU get a discount and a 30 day return policy, and I get support for my channel

Disclaimer – Excerpts from books, blogs, social media, and public figures protected by Fair Use Clause of the Copyright Act which states – Notwithstanding the provisions of sections 106 and 106A, the fair use of a copyrighted work, including such use by reproduction in copies or phono-records or by any other means specified by that section, for purposes such as criticism, COMMENT, news reporting, teaching (including multiple copies for classroom use), scholarship, or research, is not an infringement of copyright