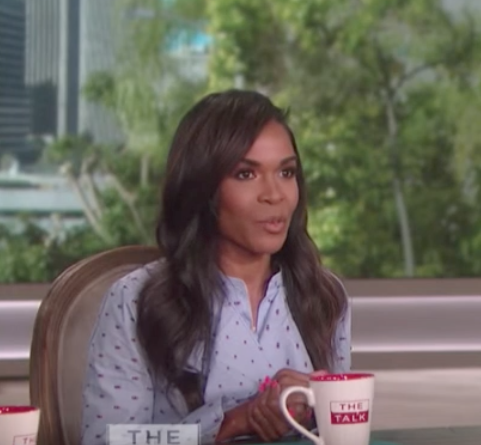 It looks like Destiny’s Child Michelle Williams is hoping, praying, and wishing for a co-host spot on The Talk.  Now, let me admit I don’t actually watch this show.  I watch Sister Circle, Wendy Williams and The Real (in that order.)  But I’d be willing to DVR The Talk and add it on to my list of daily talk shows if Michelle Williams became a co-host.

I’m a big fan of Michelle Williams not just from her days in Destiny’s Child, but I really like her personality.  And I think she gives good “talk” whenever I see her do interviews and host programs.  When she co-hosted The Real recently, she revealed that she was involved in a relationship with a “pseudo” celebrity drummer – who she dumped once she found out he was flying in thots from out of town whenever he was on the road.

And when she co-hosted The Talk recently her revelation about her personal experiences with depression opened up a conversation online and in the media that really needed to be had.  She was actually part of a “Stop the Stigma” campaign and brought attention to the things people have said about her online that have really affected her.

So she brings to the table both a depth and willingness to be transparent about her life – which helps people connect with her.  And she brings a light-hearted, comedic side to the table as well.  So I hope she gets it.

She posted this pic on her Instagram today asking people to bombard heaven with prayers that she gets the co-host spot.

And she also responded to people praying that she gets the job….