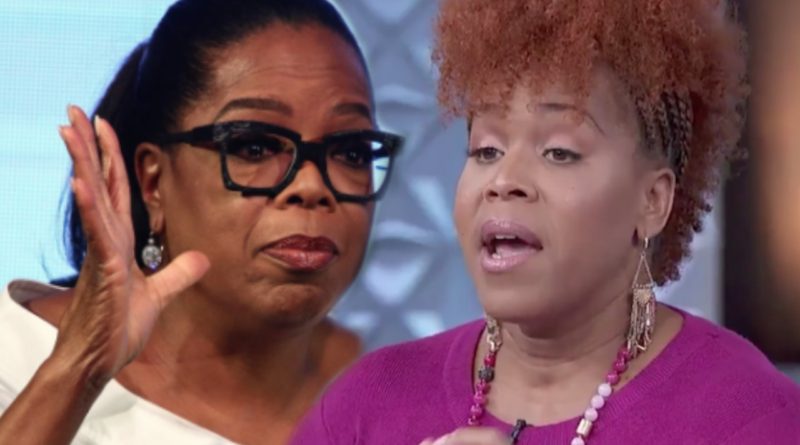 I have been sitting on this story for awhile now, trying to decide how to approach it.  Of course, I heard about the anonymous caller, calling in to the Queens Court with Khia and TS Madison and claiming he was having an affair with Tina Campbell’s husband Teddy Campbell.

I heard about it that day, and I even saw Tina Campbell’s response to it.  But I didn’t want to make a video about it because the caller didn’t provide any receipts.  And you know we like receipts around here.  Especially considering how easy it is to lie on people.

So instead of focusing on Tina Campbell and her husband, I thought about doing a video on how far Mary Mary – Tina Campbell and Erica Campbell – are drifting apart.  Because that same weekend that Tina was busy responding to trolls, Erica was out living her best life having brunch with Oprah.

Oprah hosted a epic celebrity brunch to mark the launch of her new book “Wisdom of Sundays.”  And she invited the top gospel artists to perform – like Bebe Winans, Yolanda Adams, and even Erica Campbell performed.  But considering that Mary Mary is one of the top selling gospel groups of all time, you would think that both Marys would be in attendance.

But clearly Erica was there and Tina was not.

Oprah was a big supporter of Hillary Clinton’s run for president, so it’s possible that Oprah invited Erica but not Tina!  Tina has been very vocal about the fact that she actually voted for #45.  And has even explained that it was because they shared Christian values.

So it appears that Oprah might have SNUBBED Tina.  And invited her sister, but not her.