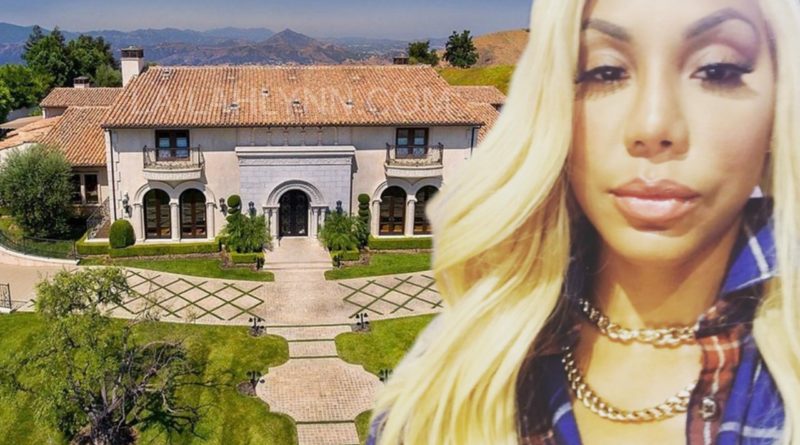 You may have heard that Tamar Braxton and Vincent D. Herbert have put their $15 million dollar mansion in Calabasas up for sale.  Blogs, like Page Six, are speculating that the two are likely putting their home up for sale due to their alleged financial problems.

The Herbert-Braxtons, married in late 2007 after about five years together and purchased the 13,716-square-foot mansion inside the double-gated Estates at The Oaks enclave in April 2013 for $10.5 million. Public records show since then there have been several notices of default filed, and subsequently canceled against the two-acre home. 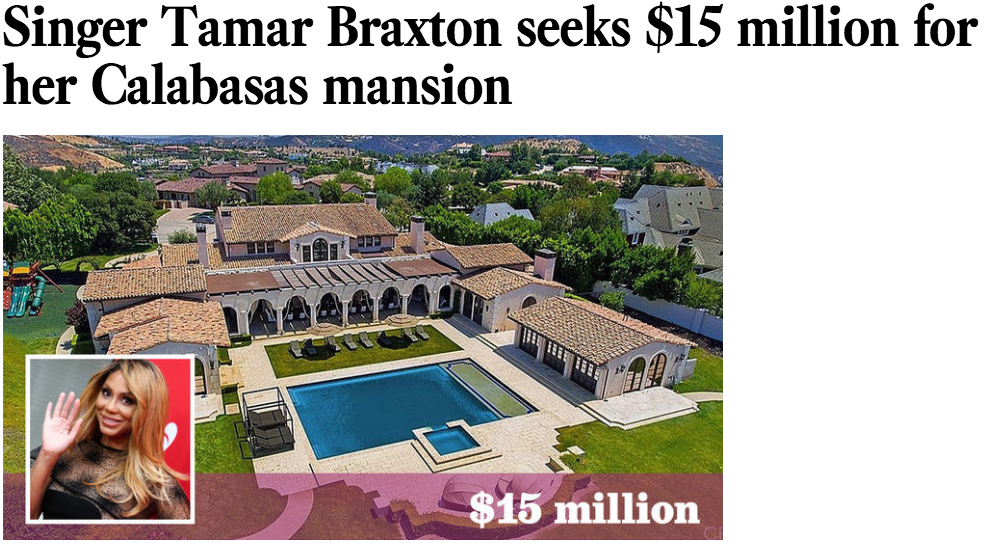 Keep in mind, the multiple notices of default are in addition to Vincent’s personal debt to Sony.  Vincent Herbert, founder of Streamline Records, was legally ordered to pay Sony more than $3.7 million to settle a lawsuit over a 2013 advance.  According to the suit, Sony paid Herbert to find new talent, and part of the deal required payments back from Interscope Records.  However, Sony sued Herbert, claiming he started intercepting the pay back money from Interscope in October 2015 , thereby preventing Sony from recouping the advance. Vincent failed to respond to the lawsuit, and the judge issued a default judgment of over $3.7 million.

So it can easily be assumed that Tamar & Vince are selling their home to settle Vincent’s debt to Sony and perhaps because they can’t afford the $75,000 monthly mortgage payment. 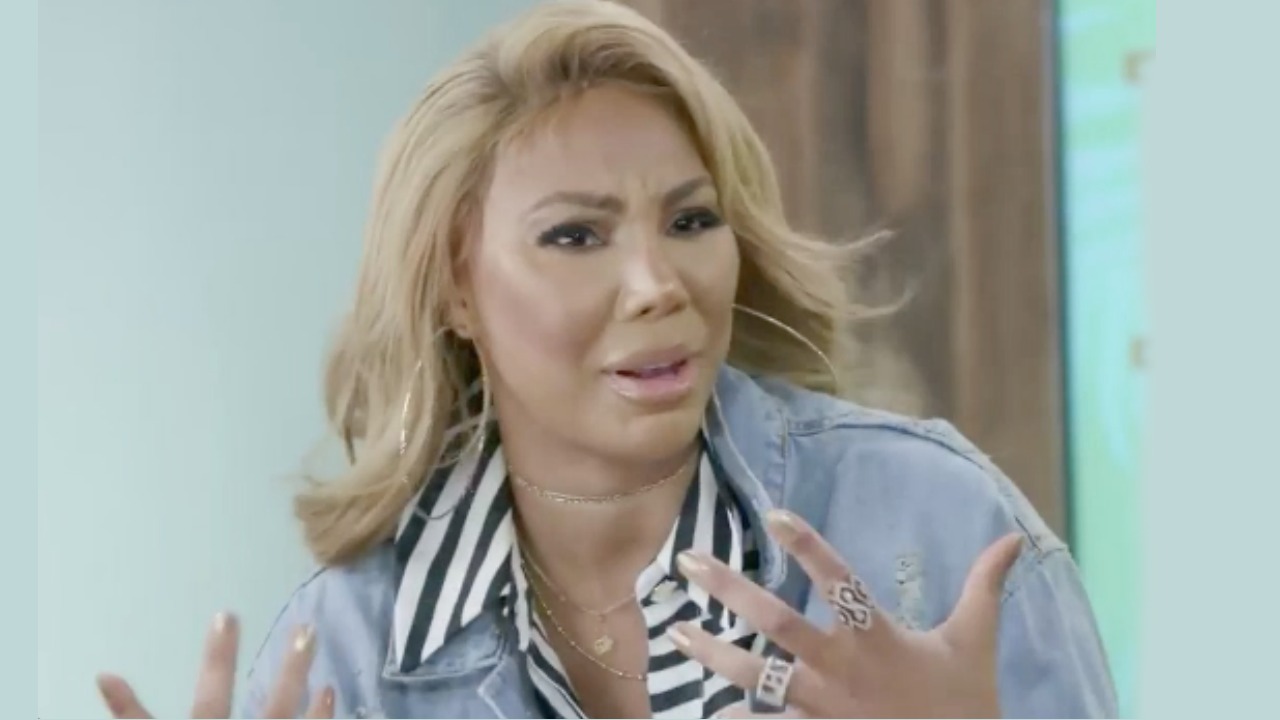 Keep in mind, this is not the first time that Tamar & Vince have sold one of their mansions for a huge profit.  Back in 2013, Tamar and Vince sold the LA home they purchased for twice what they paid for it.  They purchased the home for $3.4 million and sold it for almost $7 million!! 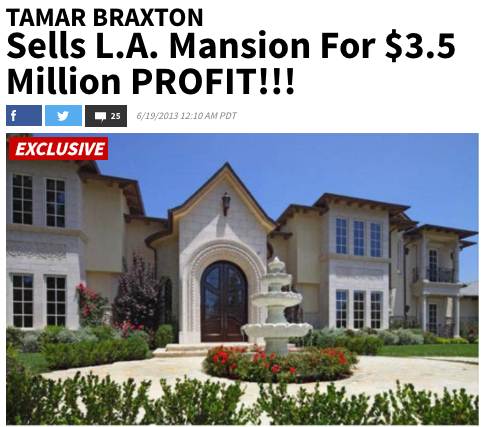 Prior to that, in 2011, Tamar & Vince made a profit of almost half a million dollars when they sold the mansion they purchased in Encino, CA for $2.6 million, for almost $3 million. 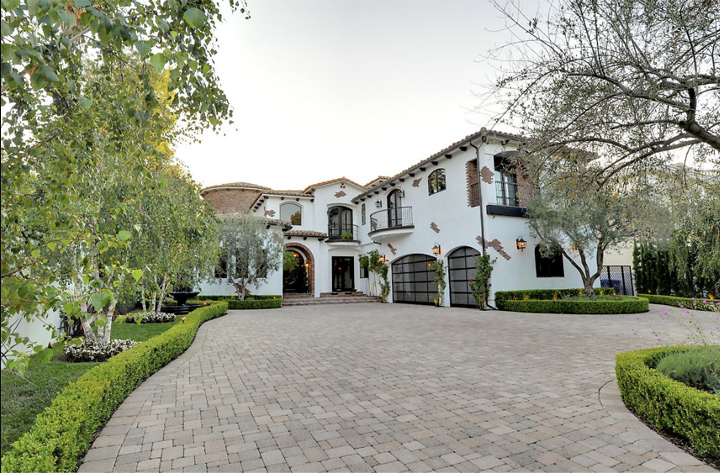 So, the real reason Tamar & Vince are selling their home is not because of their financial problems.  It’s because they are house flippers! TMZ actually referred to Tamar as a “mansion flipping goddess” back in 2013.