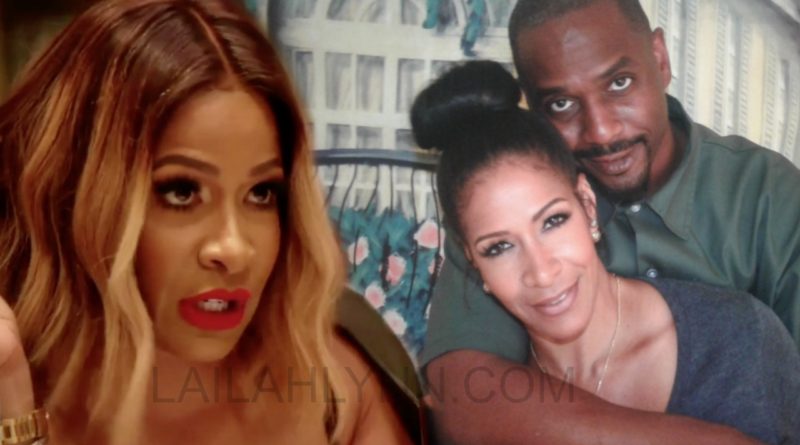 Radar Online is exclusively reporting that Sheree Whitfield is feeling blindsided by the inclusion of her alleged prison bae, Tyrone Gilliams, on Season 10 of Real Housewives of Atlanta.  I previously shared an exclusive email I received from an anonymous source that basically said the folks over at BRAVO didn’t want to show Sheree’s relationship with her prison bae on the show because it was bad for the brand.  However, they felt forced to show it since the infamous “jailhouse wedding pics” leaked on social media.

This is what Radar Online is reporting based on another anonymous source that contacted them:

Sheree Whitfield wanted to keep her secret prison romance under wraps while filming for The Real Housewives of Atlanta, RadarOnline.com can exclusively reveal!

“Sheree feels blindsided over the discussion of the particulars of her romance with prisoner Tyrone Gilliams,” an insider told Radar.

“She has known Tyrone for decades and knew that Nene Leakes had knowledge of Tyrone and his criminal past,” the insider added. “However, the discussions between the cast and inclusion of it as part of the show caught her by surprise.”

“When cast members Kandi Burruss and Nene Leakes approached her about the rumors, she got defensive because she wasn’t comfortable going on record talking about their relationship,” the insider explained. “Sheree is skeptical because she doesn’t want the push back that former RHOA star Phaedra Parks got for being romantically linked to a felon.”

“Additionally, in the trailer they edited audio of the federal correctional facility greeting over footage of her taking a phone call making her feel like the producers have some back door plot to exploit her relationship for ratings,” the insider concluded.

Whitfield, 47, previously denied that she was engaged to Gilliams and insisted to Andy Cohen that they were just “friends” in December. But, Leakes insisted in the explosive season 10 trailer that Whitfield was dating the “con artist” and the video featured a scene of Whitfield talking to an inmate on the phone.

Gilliams, 50, is currently serving a 10-year sentence at Yazoo City Low FCI for stealing more than $5 million from investors. He will be released on November 14, 2022, according to the Federal Bureau of Prisons.