Media outlets have been reporting on the backlash that Pastor Joel Osteen has taken for not opening the doors of his megachurch to Harvey evacuees.

TMZ reports Pastor Joel Osteen is taking serious heat for not turning his Houston megachurch into a shelter for thousands of displaced residents who have no place to go. The Houston Lakewood Church has a capacity of almost 17,000 but it has not been open to evacuees since the storm hit. 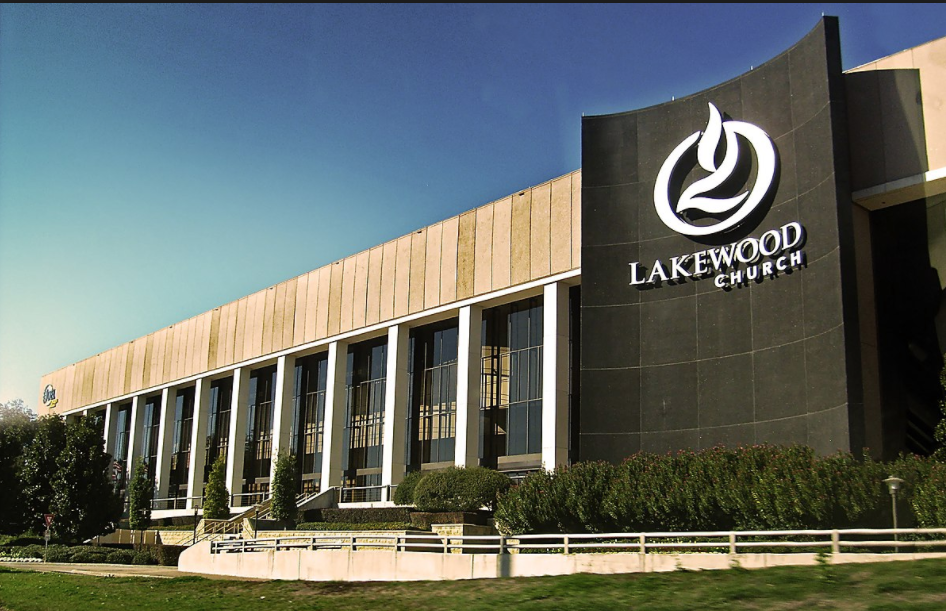 A frustrated gentleman actually went to Lakewood Church and shot a video showing that the church was dry enough to open its doors to evacuees.

Reportedly, Houston evacuees have been overcrowded in other facilities that only hold about 5,000, for example, but are currently housing over 8,000 people.  So people are clearly in need of shelter and not just the donations that his church, Lakewood Church, had been promising. Lakewood Church tweeted: 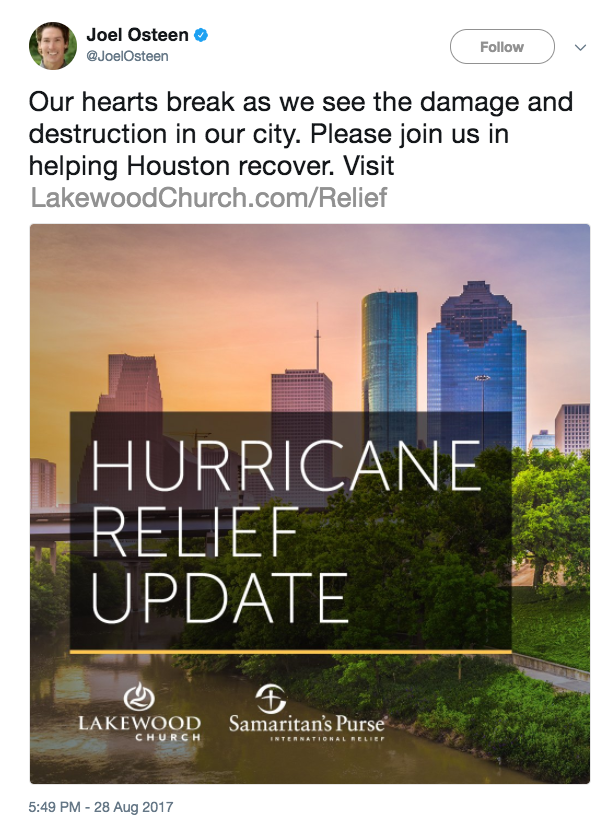 But the church disputed the backlash. “We have never closed our doors. We will continue to be a distribution center for those in need,” church spokesman said.  Lakewood Church tweeted yesterday: 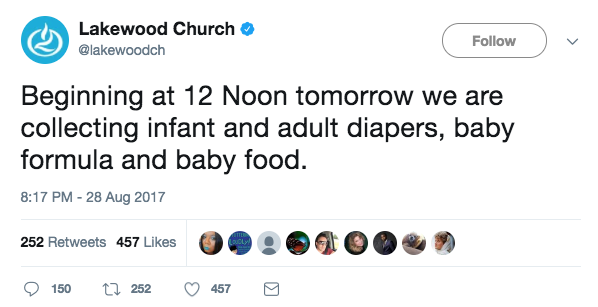 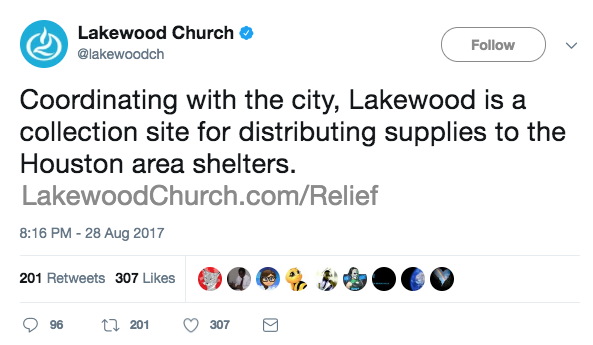 And a rep for the church stated, “We are prepared to shelter people once the cities and county shelters reach capacity. Lakewood will be a value to the community in the aftermath of this storm in helping our fellow citizens rebuild their lives.”

Lakewood Church, posted on social media Monday that the venue was “inaccessible due to severe flooding” following Hurricane Harvey. And included these pictures of flooding within the building. 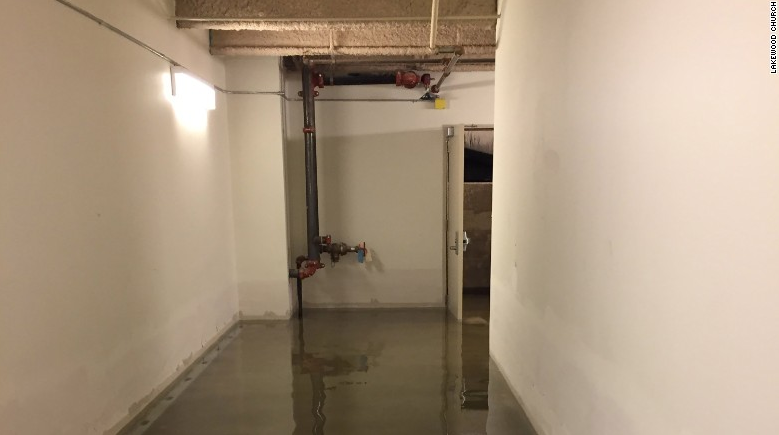 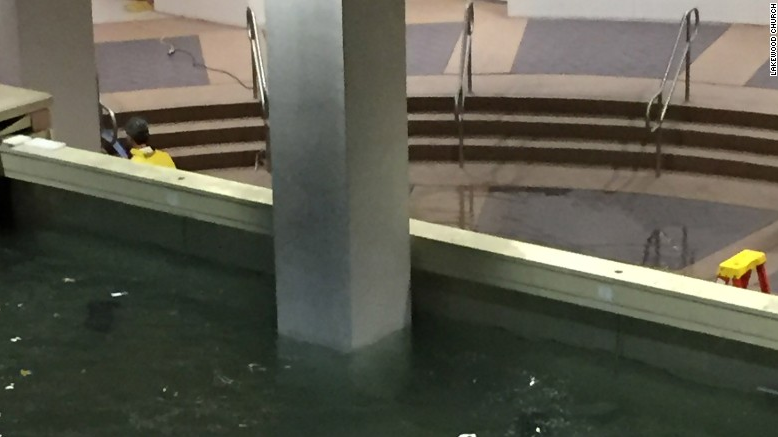 But as of today Joel Osteen has opened the doors of Lakewood Church to people needed housing during this time. 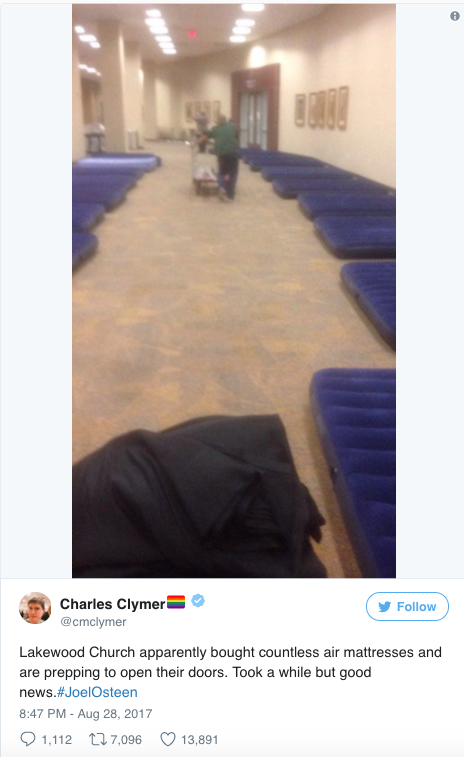 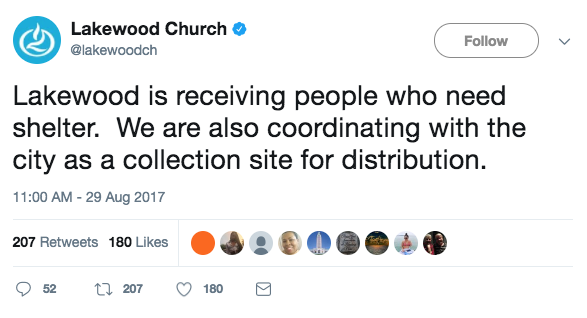 That’s great news that the Lakewood Church building, which was once home to the Houston Rockets, is now available to the people of Houston, especially considering its 17,000 person capacity. 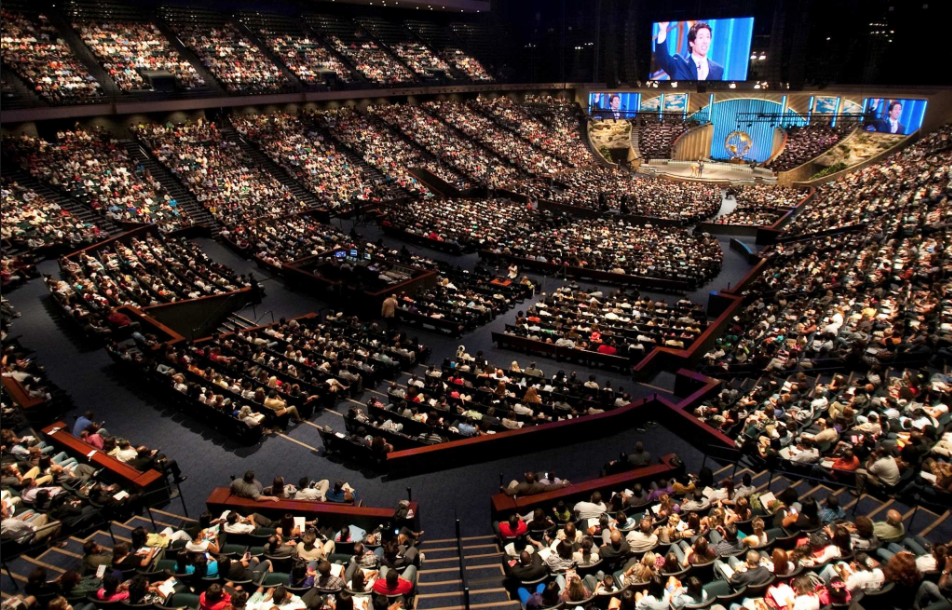