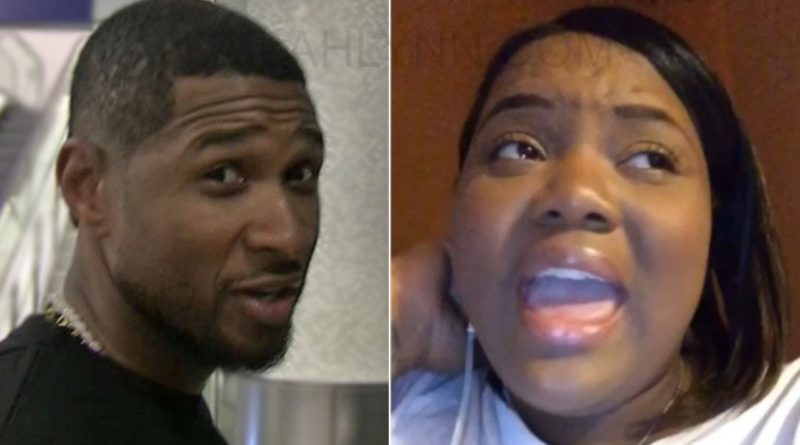 Apparently Ursher’s most well-known accuser, Quantasha Sharpton, is still at it with her lies.  Ursher has still not yet released an official statement regarding whether he does or does not have the the disease.  But he has specifically told those in his circle that he did NOT sleep with Quantasia. 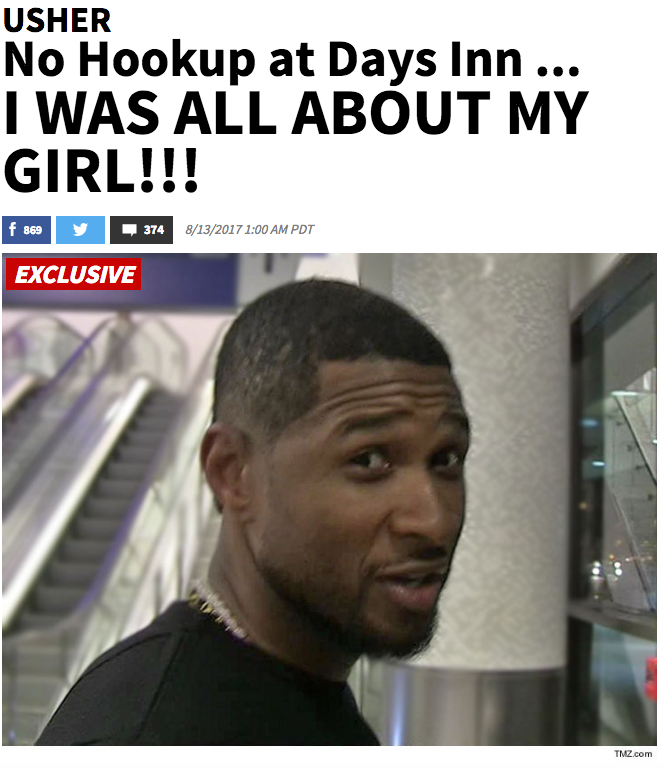 Today TMZ reports that Usher was actually having a meet n greet after his concert that ran late.  In fact, in ran so late that he was actually still meeting with fans during the time Quantasia says he was with her at the Days Inn.

Sources close to Ursher also told TMZ that he was “too busy” falling in love with his new wife, Grace Miguel, to hook up with Quantasia.  The night in question was just 2 months before they got engaged and there’s no way he hooked up with Quantasia during that time.  Here’s what Quantasia had to say about Ursher denying the cheating allegations.

Like I’ve told ya’ll before, sources close to Ursher say he is preparing to sue everyone involved in this mess, including Miss Quantasia and her lawyer Lisa Bloom.  It seems to me that Ursher is trying to give Quantasia a chance to drop her lawsuit by denying her allegations publicly, BEFORE he takes her to court.  But apparently she’s not ready to give up her fight just yet.  She must really need that money.