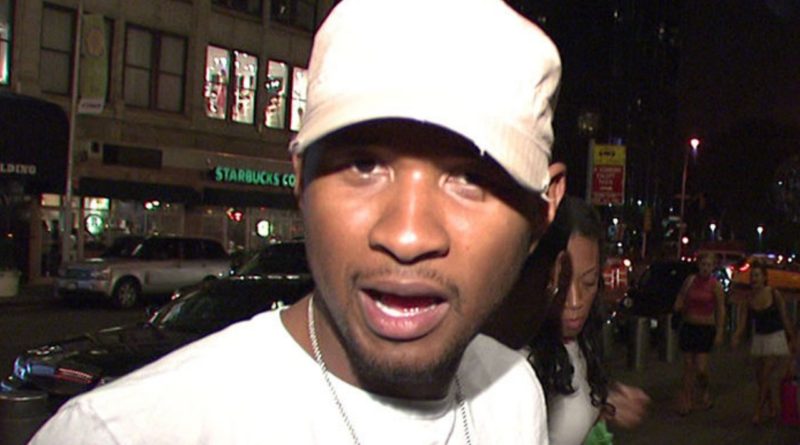 Quantasia Sharpton (who hopefully is not related to Al Sharpton) held a press conference today with her Attorney Lisa Bloom at her side and in her face.  And she just opened herself and her life up to all types of criticism.  Already Internet trolls are body shaming her and saying that Usher would never be attracted to a woman of her size.

But let me tell you that is not true!

And in my opinion, that is the least important issue going on here.

For the record, if you haven’t watched my other videos – I’m not convinced that Usher even has the disease, because NONE of the alleged lawsuits can be found. Not by me, not by attorneys – like Lisa Bloom, and not by anyone.

In Quantasia’s statement she actually asks Usher to come forward and state if he does or does not have the disease.  And the reason for that, is because her attorney Lisa Bloom has not been able to verify that Usher even has this disease!!!!!

Another blogger, Sandra Rose, recently spoke with someone anonymously from Usher’s camp who explained to her exactly what is going on.  And this is what I believe to be true.

Sandra Rose’s exclusive source said that first of all, Usher does not have the disease.  Let’s just get that out the way.

Secondly, the “legal documents” that were published on Radar Online are not legitimate and CANNOT be verified – which is what I told y’all last week!!

The woman who is suing for 20 million dollars since allegedly testing positive for the disease is being represented by at attorney named Lisa West.  And Lisa West CANNOT located the alleged court documents published by Radar Online either!  Sandra Rose points out that the documents published by Radar Online have no front page which would list who was suing who, and the attorney names.  The reason they have no front page is because they are not legitimate!

Thirdly, the picture of the check posted on the Radar Online website was paid to the woman – who also served as one of Usher’s bridesmaids – for babysitting services!!! It was not part of any settlement. It was simply a check cut to her for watching Usher’s kids.

Sandra Rose was told by her source that Usher is currently in Atlanta recording a new album and quietly building a defamation case with his legal team and he plans to sue everyone involved, including the accusers AND their attorneys!!

So Lisa Bloom and any other attorney out here representing the Usher accusers are about to have to face their day in court for making a public spectacle out of Usher.  And for defaming him by accusing him of spreading a disease that they DID NOT confirm that he even has!