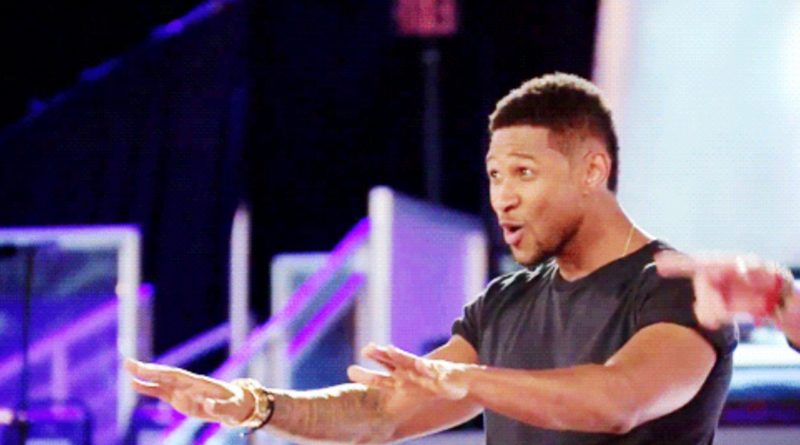 Apparently the Usher Raymond scandal ignited by Radar Online’s claim that he knowingly gave a woman an incurable disease could all be a hoax!

Snopes, which is a well known and well respected fact checking website, claims that none of the alleged lawsuits against Usher Raymond can be located in court records.  Not the original lawsuit that was documented on the Radar Online website, and not the subsequent lawsuit allegedly filed by another woman after hearing about the initial lawsuit.

You guys know I like to do my own fact checking around here, and I couldn’t find any of these alleged lawsuits either!

Now before we get started let me just say, the issue is not that the records are SEALED.  I am familiar with what sealed court records look like from my experience searching court records for other people.

For example, when I search for the lawsuit that Kandi Burruss filed against her daughter’s father Russell “Block” Spencer in Fulton County, GA, I am able to to view the record of the lawsuit.  And on the record it specifically says that its sealed.

The same goes for TI and Tiny’s divorce record.  When I search Tameka’s name in the Henry County court records I am able to view a record of her divorce filing.  And on the record it specifically says that it is sealed.

That is certainly not the case when I search for records of Usher’s alleged lawsuits.

But when I searched for court records under Usher’s name I see no record of a lawsuit filed regarding him knowingly transmitting a disease.  Not even a sealed case!  The lawsuit was allegedly filed in 2012 and you can see there isn’t any record of any lawsuit being filed against Usher that year at all.

TMZ reported that a second woman filed a lawsuit against Usher after hearing about the first lawsuit.  They claimed to have seen the legal documents, but did not publish them on their site and they did not say where they were filed.

I did not see the option to search court records online for Louisiana.  But Snopes reported that they did contact the appropriate court there and there was no record of a lawsuit there either!

So with no legal records backing up these claims, this could all be a hoax!!

You guys, please leave a comment and let me know what you think!  If these lawsuits do exist, where are they?!