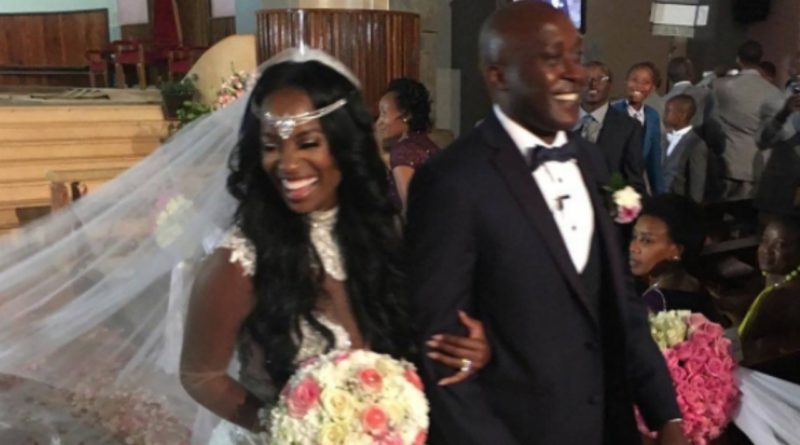 Congratulations to Shamea Morton and Gerald Mwangi on their wedding! Less than 24 hours ago the two FINALLY tied the knot! After what seemed like tons of bridal showers and wedding celebrations.  They are officially man and wife!

Check out this footage of Shamea performing a dance for her new husband at their wedding, then we’ll get into why Shamea STILL doesn’t have a peach.

A few weeks ago an Atlanta blogger answered the question a lot of us have been asking.  It seems like Shamea films so much for Real Housewives of Atlanta, so why don’t they give her a peach?

She’s made cameos on earlier seasons of Real Housewives of Atlanta and seemed to become an official friend to the show on Season 8, when she went on the ladies trip to Miami.  She was an integral part of Kandi and Porsha’s storyline on Season 9 and even made an appearance at the reunion.

So apparently Bravo liked her, and it seems she was getting closer and closer to getting a peach.  But, apparently even though she’s now officially a wife – she’s still not a housewife.

It appears her husband doesn’t want her to be an official cast member, from what’s been said on the blogs.  An Atlanta blogger previously reported that her husband would rather her NOT become an official part of the cast.

In a behind the scenes interview at the Real Housewives of Atlanta reunion Shamea explained how her husband thinks the show breaks up friendships.  So it’s likely he believes it breaks up marriages too.  And he may have a point.

Former “Football Wives” star Chanita Foster documented a lot of Shamea’s wedding on her Instagram if you’d like to see more.