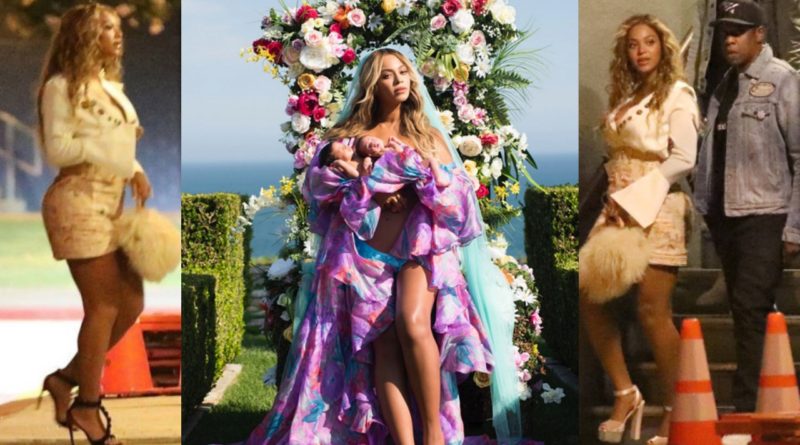 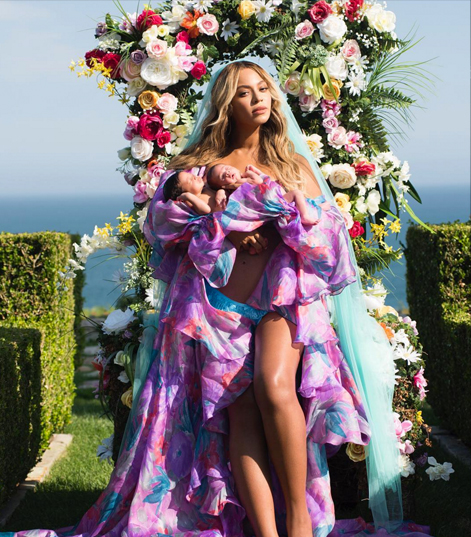 Once again Beyonce almost broke the Internet last night/this morning by posting the first photos of her twins, Rumi and Sir Carter to Instagram.  She captioned the pic, “Sir Carter and Rumi 1 month today. 🙏🏽❤️👨🏽👩🏽👧🏽👶🏾👶🏾.

Pop singer Beyonce posted the first photo of her twins on Instagram early Friday, getting 1.7 million “likes” in just one hour.

Both Beyonce’s Mom, Ms Tina, and her Dad, Mathew Knowles took to Instagram to congratulate their daughter as well. 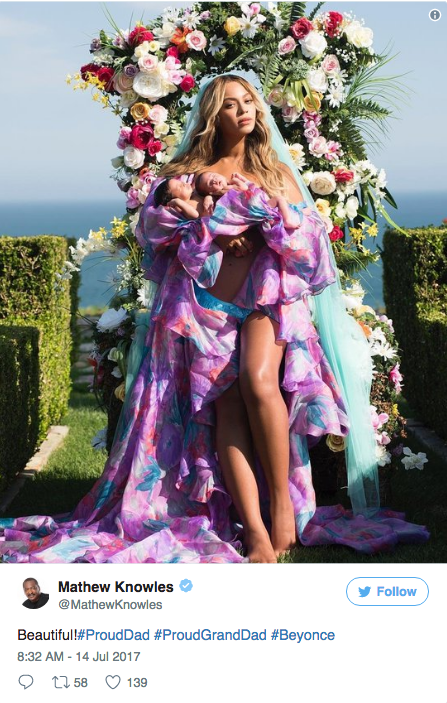 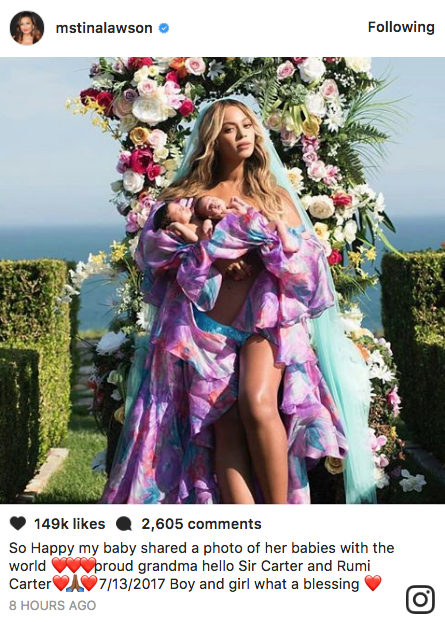 The new photo is just as aesthetically pleasing as her maternity shoot and features all of the same pastel colors as her pregnancy announcement in February. 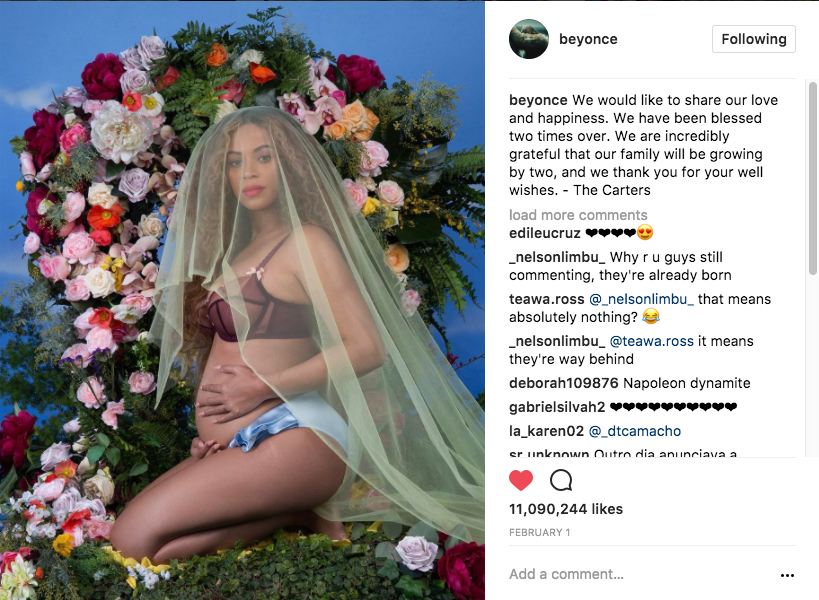 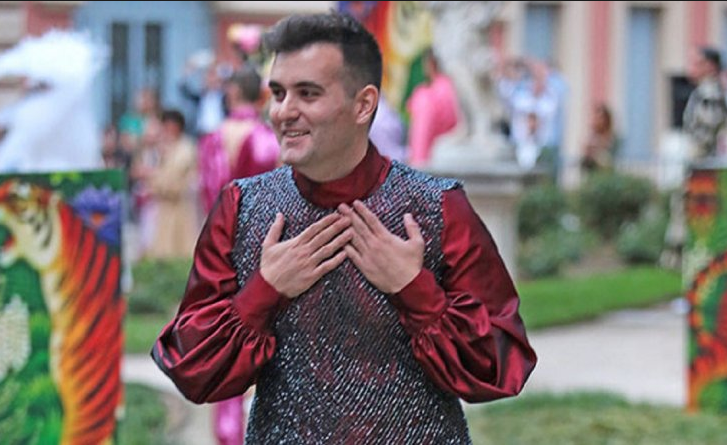 make a low-key appearance at Vic Mensa‘s debut album The Autobiography listening party Thursday night in Los Angeles. According to a source, the duo stood in a roped-off VIP section on the side of the stage in the back corner as the party was in full swing. 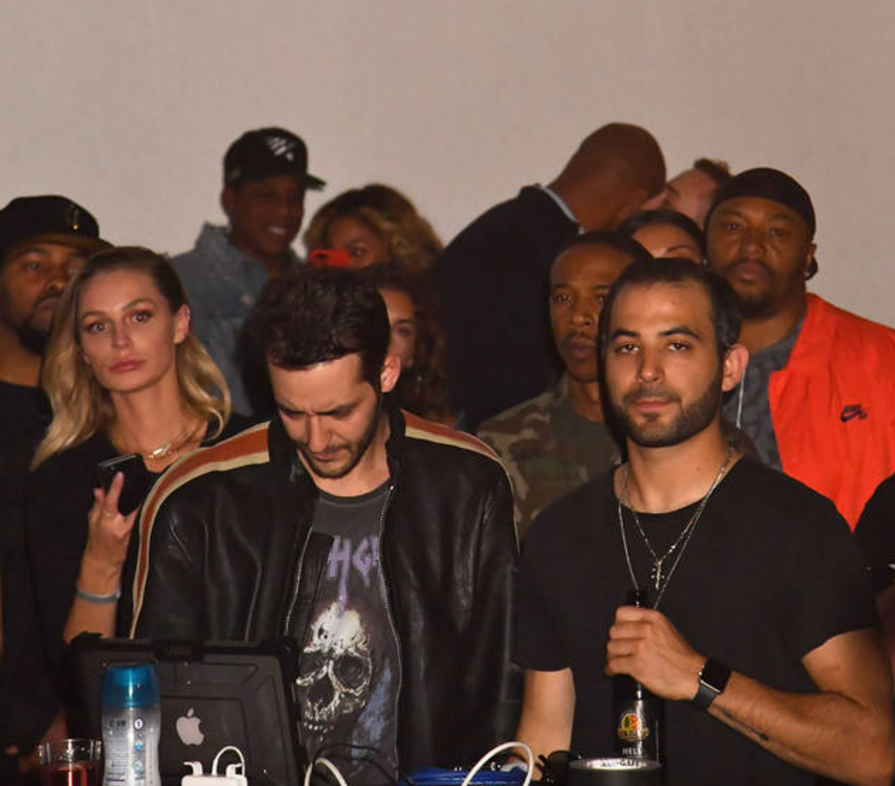 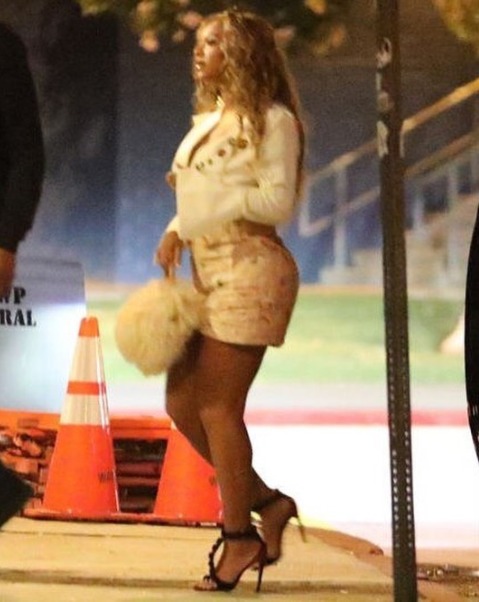 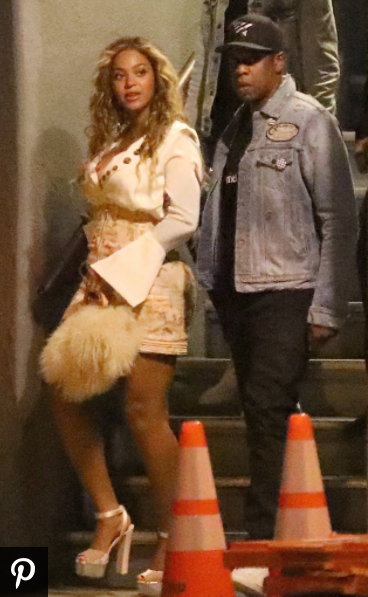