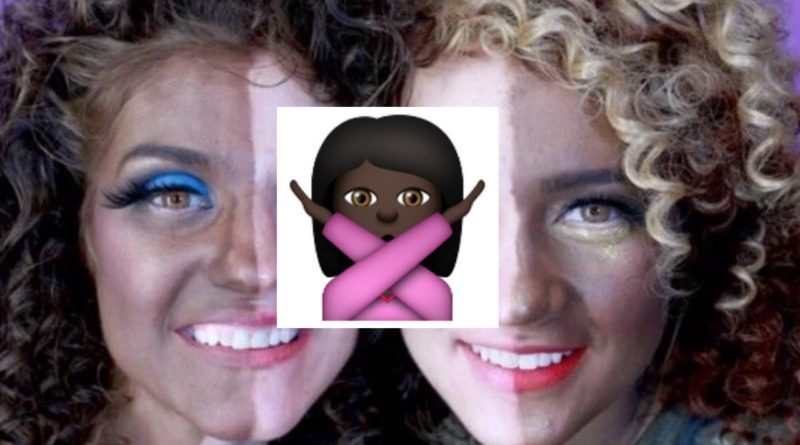 I usually don’t tackle these types of topics on my channel but this really bothered me.  I’m a chocolate girl, every day, all day, and my skin color is not a “challenge”.  Now it may be a challenge for other people to achieve this shade of rich chocolate, but I was born this way.

Anyway, beauty blogger Vika Shapel, took to Instagram to announce a new challenge that she was creating for YouTube called the “chocolate challenge.”  The announcement was accompanied by a picture of her and another woman, both with half of their faces covered in what looks to be chocolate.

On the side covered in chocolate they are both wearing garish makeup, which includes blue eyeshadow and yellow glitter as well as brown contacts.  This is so obviously and overtly racist to me I can’t understand how anyone could post an image like this and not think it would get called out for being racist.

Fellow YouTube beauty blogger Arnell Armon was one of the first to call it out.  She tweeted

And other brown beauty vloggers and Black Twitter in general decided to weigh in on the image as well.