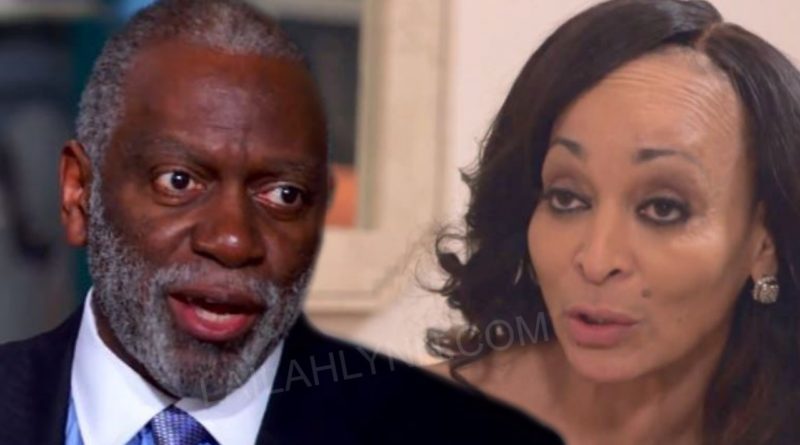 The Washington Post has revealed the real reason Karen and Ray Huger of the Real Housewives of Potomac were forced to sell their home so quickly.

Sadly, one of the most intriguing storylines of The Real Housewives of Potomac Season 2 was Karen Huger’s rush to sell the home that she and her husband Ray shared.  Unfortunately she was not forthcoming on exactly why they were moving, and if they were indeed downsizing like Ray suggested.  So the season ended oddly with them in a new home, which was bigger than the last.  But more importantly, one that they did not own.  They were actually “renting to own” which I didn’t know rich people did.

Anyway, The Washington Post is reporting that the couple was virtually forced to move due to a massive IRS tax debt.  Apparently, according to Montgomery County Court records Ray’s company, Paradigm Solutions owes the IRS more than 3 million dollars!

You can see here the two judgements totaling over 3 million dollars were entered in 2014 and remain unsatisfied.  Whereas, the company’s other smaller judgements have been satisfied.

The Washington Post is also reporting that Ray owes the IRS nearly 1.5 million dollars personally, but I was not able to verify that via Fairfax court records.

However, I was able to verify that Karen and Ray Huger did accept a cash offer to sell their home for $1.685 million, which would be just enough to pay Ray’s personal IRS debt.  We all know real estate transactions are a matter of public record, and if you look at the record for Karen and Ray’s home you can see it was purchased on August 31, 2016 for $1.685 million.  And even though Karen and Ray only paid $1.5 million for it in 2003, it was assessed at $2.37 million just 2 months before it was sold for just over half that.

So, the mystery is solved.  It appears Karen and Ray sold their home to pay Ray’s million dollar IRS tax debt, which was actually a smart move in my opinion.  They can always make more money, so it’s better to settle their debts now rather than later.