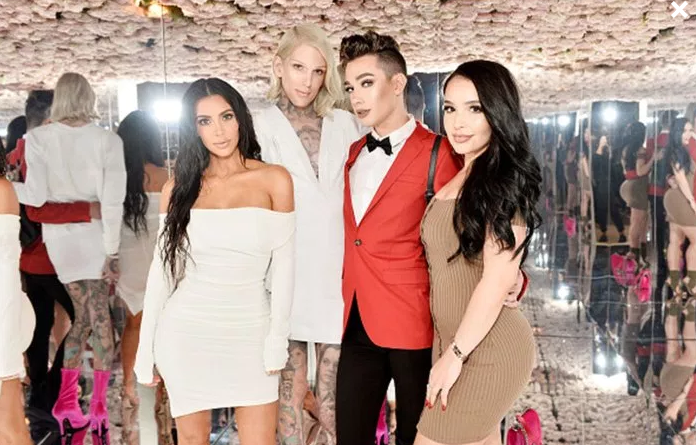 For those of you who don’t know him, Jeffree Star is a huge YouTuber with over 4.5 million subscribers.  His videos average 2.5 million views each, so he is definitely making good money on YouTube.  And he also has his own cosmetics line, Jeffree Star Cosmetics, which I have purchased from in the past.

His makeup products are extremely pigmented, which makes them attractive to women of color like myself. But the racist and violent comments he’s made in the past have made many women, not just women of color, hesitant to buy from him – including Jackie Aina.

Jackie Aina is another YouTube beauty influencer who now has over 1 million subscribers.  She is a beautiful brown skinned woman who seems to be very, very honest in her product reviews.  But one of her reviews about what products she would never buy or at least not anytime soon set off Jeffree Star.

In her Spring 2017 Anti Haul she mentioned that she would not buy Jeffree Star cosmetics specifically because of his past racist comments and his lack of public apology.  For the record, he did “apologize” in 2016 on Twitter, but not on YouTube – which is where his largest subscriber base is.

Well, after a ugly back and forth on Twitter with Jackie, Jeffree Star finally took to YouTube to apologize for his racist comments.  If you want to know specifically what he said in the past, check out the description box for a breakdown of it all (including his beef with another Black YouTuber – makeupbyshayla by blogger Lisa Ala Mode.)  I will just say one of the comments mentioned throwing acid on a Black woman because she wasn’t wearing the right color foundation.  And another more recent comment mentioned beating a Black beauty YouTuber into the ground.

You can decide for yourself if you think the apology was sincere or not.  I kinda got a “hurt people, hurt people” type of vibe from it.  As if he were trying to justify his behavior based on abuse he’s received himself in the past; when he really just should have been saying SORRY.  The video seemed very “PRish” to me, and to a lot of other people.

What I find interesting though, and what made me do this video, is the timing of his video.  He uploaded his apology video, titled, Racism, on June 20.   Just in time to be seen with Kim Kardashian West at  her KKW Beauty event on June 21st.

Now a lot of people are slamming Kim Kardashian West for being seen and photographed with a known racist.  And even her own fan pages are criticizing her.

But I think SHE is the reason he issued the apology on YouTube in the first place.  Now I’m just guessing because obviously I don’t know this people.  But it seems to me that he FINALLY apologized on YouTube because he was “forced” to by Kim K’s people.

Kim Kardashian just experienced her own accusations of racism for a KKW Beauty photoshoot in which she was so tan some people thought she was doing her version of blackface.  So I’m sure she wouldn’t want to be associated with a racist, especially not now.  That’s why I think her team may have forced him to apologize in order to be seen with her.

Leave a comment and let me know what you think. Do you think Jeffree Star’s apology video was sincere? Or do you think he was “forced” to do it in order to be a part of the KKW Beauty Launch?

BTW, Jackie Aina was also at the KKW Beauty Launch and I’m sure she’ll be telling us all about it soon.