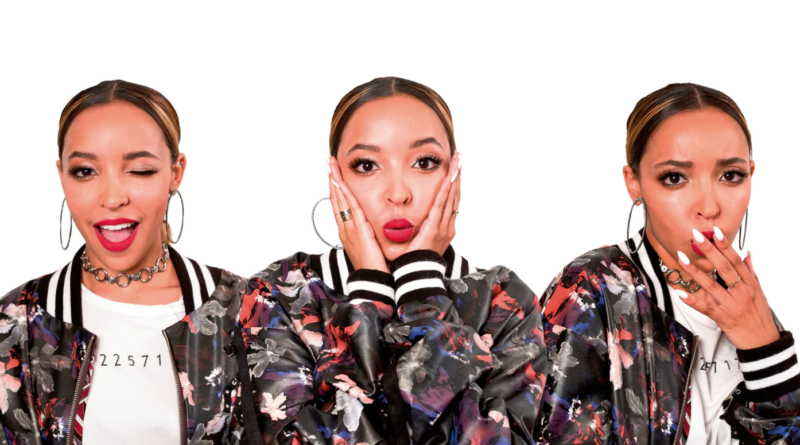 Over the past week or so there has been quite a bit of controversy about singer Tinashe claiming that her mixed race heritage has held back her music career.  And allegedly saying that black audiences only like Beyonce or Rihanna, and there was no room for other artists like her or Ciara.

I finally decided to read the article that stirred up this controversy after Tinashe claimed her statements were taken out of context on Twitter. 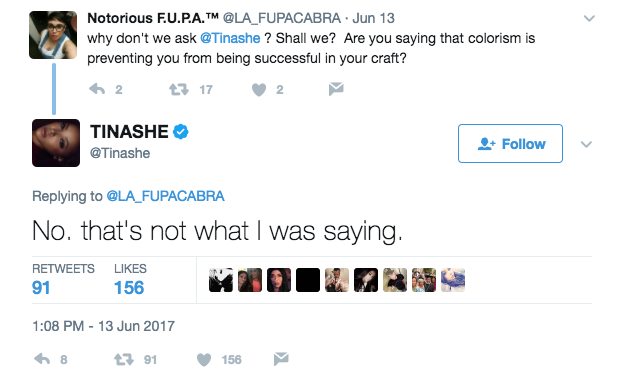 And what I read really saddened me.  Tinashe did NOT say being biracial has stalled her music career.  Nor did she say that there was only room for two Black female artists in the music industry.  Her comments were taken way out of context by a reporter, Michael Cragg, who admitted himself that he was “fuming” about her career not taking off like expected.

Let’s address each one of these comments that Tinashe allegedly made:

If you’re a Black singer, you’re either Beyonce or Rihanna.”

Tinashe was actually quoting a high school student when she said that.  A HIGH SCHOOL STUDENT.  These were not her thoughts or words at all.  She was giving an example of how some fans choose between artists the same way they choose sports teams.  Here is the excerpt:

Now about those colourism comments…

The reporter, Michael Cragg, frames Tinashe’s comments about colourism as if they are about the music industry by saying it “remains an issue”. When in the article Tinashe clearly says that it was an issue GROWING UP.  Here’s the excerpt:

And here’s what Tinashe said about that quote on Twitter: 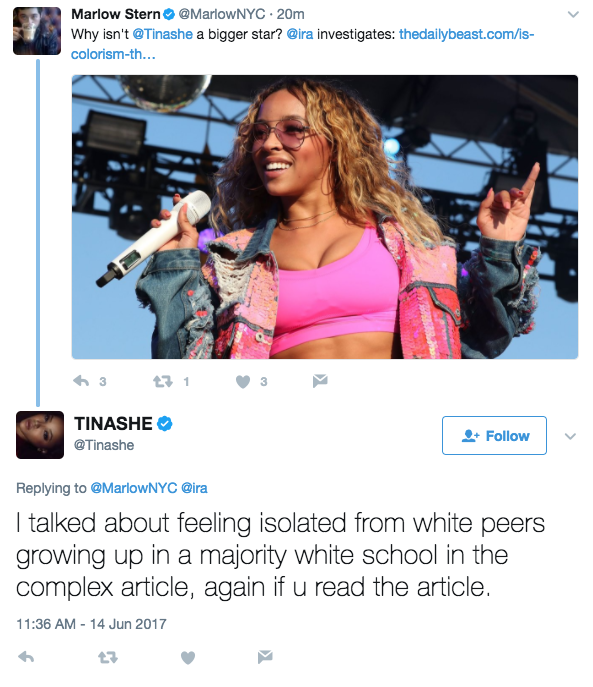 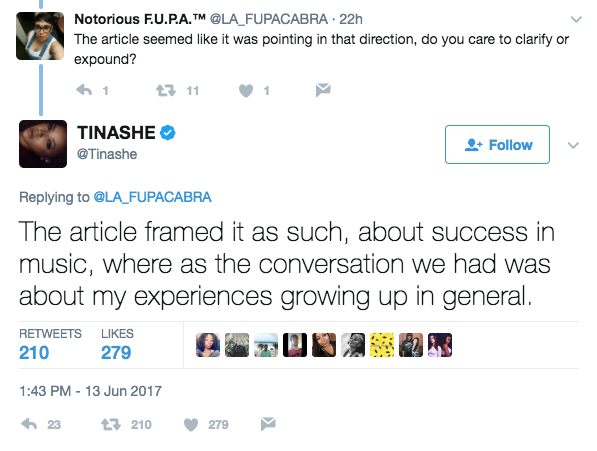 So apparently either the reporter, Michael Cragg, did not understand the distinction Tinashe made between when she was growing up and her life now in the industry.  Or he willfully chose to frame her comments as if she was referring to the music industry and Black music fans.

The fact that he says he is personally “frustrated on Tinashe’s behalf” leads me to believe that he framed her comments to blame Black music fans for an artist that he likes not getting the success that he thinks she deserves. 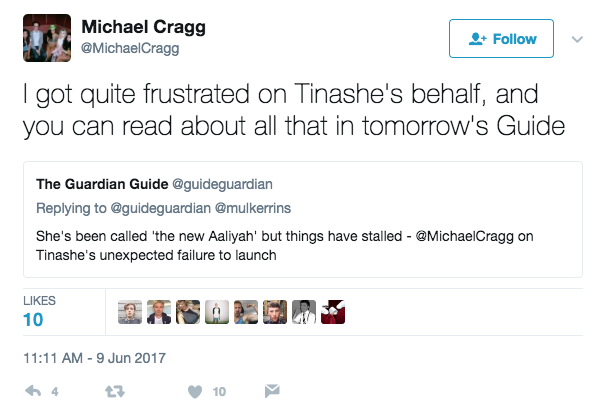