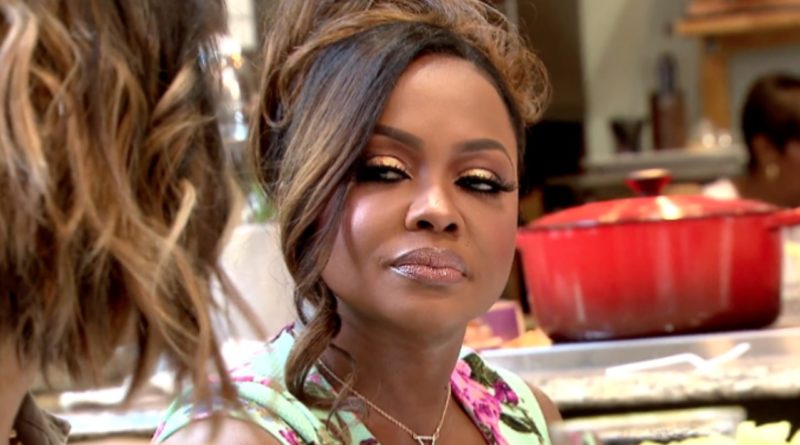 Phaedra Parks is rumored to be filming for Season 10 of the The Real Housewives of Atlanta.  I know the blogs have reported that she has been fired from the cast and will not be apart of the Season 10 cast.  But although she’s not apart of the cast, she will still film for a small part of the season.

Allegedly, Porsha has agreed to film a farewell scene with Phaedra in which Phaedra will apologize for using her to spread that horrible drug/dungeon rumor about Kandi Burruss and her husband Todd Tucker.

This is a surprise coming from Porsha who was very hurt to have been used by Phaedra like that.  And who has previously shared that she had not spoken to Phaedra since the reunion.

Good luck, Phaedra.  I’m sure she’ll land on her feet.

In other news you absolutely cannot use, Star Jones said Tamar needs a job!! I knew the new scripted show Daytime Divas was referencing Tamar when they had Tamera mention that hosts that don’t “play by the rules” get the axe.

Star Jones and Vanessa Williams sat down with Essence Live recently to play a game where they chose their “dream team” of talk show hosts.  And when it was Vanessa’s turn to choose, Star mentioned that she should choose Tamar since Tamar needed a job!

Obviously, Tamar has at least 3 jobs so we know it was just a light-hearted joke and not real shade.