Let me start this post off by saying I like TI, but then again I don’t.  I like that he is passionate about the causes he believes in, like Black Lives Matter.  But I don’t like how he labeled his marriage a “distraction” and basically threw Tiny to the side AFTER she went to jail for him!

So when I saw on Instagram today that he was giving out relationship advice, albeit a friendship relationship, I had mixed feelings about it.

So here’s what happened…

If you didn’t know, Tiny and Tamar were once very close friends.  And Tiny is actually the godmother to Tamar’s son Logan.  And Tamar is the godmother to Tiny’s daughter heiress.  However, they have since fallen out, and don’t appear to be friends at all anymore.  So with the two not being on speaking terms, neither is able to fulfill their godparent duties.

Tiny’s Mom pointed out on Instagram that Tamar was MIA as a godmother when Tamar posted that she wanted a daughter of her own.  And Tamar quickly lashed back that Tiny is MIA on her godmother duties to Logan as well. 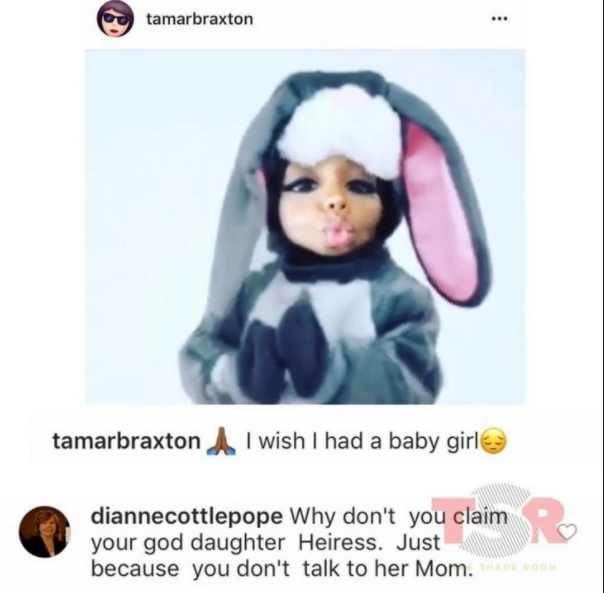 Well, today is little Loggie Beans 4th birthday.  Tamar wished him Happy Birthday on her Instagram, and Tiny actually decided to do the same thing. 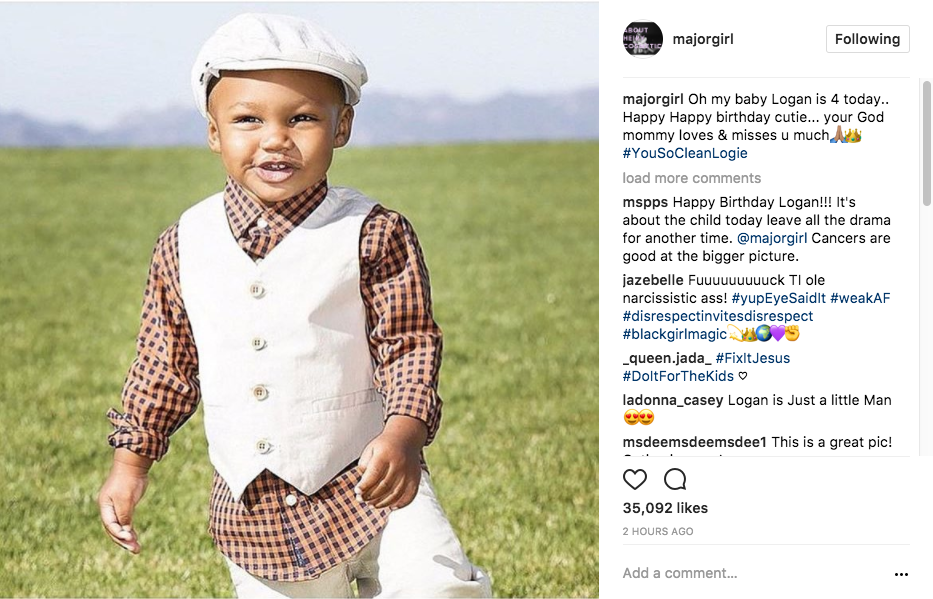 Mr. TI Harris decided to comment on Tiny’s post and tell the two women that they are too old for the drama and they both need to get it together and be “good mommas.”

Now, I’m not sure if Tiny being Logan’s godmother automatically makes TI the godfather, especially since they’re getting divorced. But I kinda feel that TI is out of line to have posted this on social media.

Didn’t Reginae tell him before to copy & paste his thoughts and just text the person???

Do y’all think it was OK for TI to post this on social media? Or should he just have texted Tiny and Tamar personally?