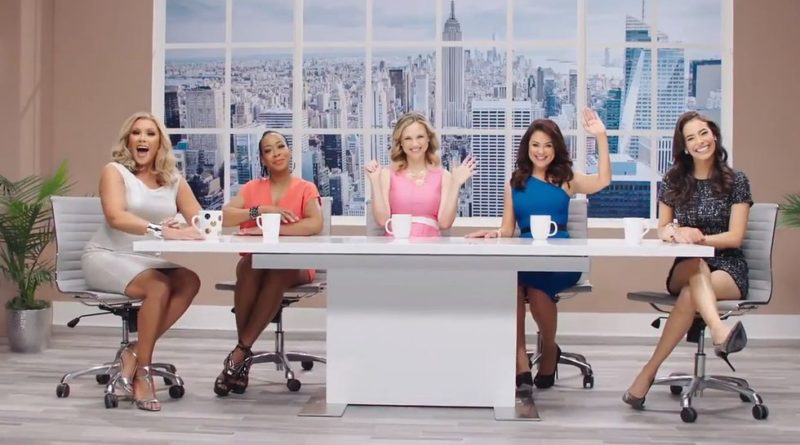 There are not many Vh1 scripted series that I actually look forward to.  “Hit the Floor” didn’t make a hit with me even though it starred one of my favorite actresses, Kimberly Elise.  And I watched “Single Ladies” more for the fashion than the actual story lines.

But I was actually looking forward to the premiere of Daytime Divas, mainly because I love daytime talk shows like The View and The Talk.  And I thought a scripted series that brought the behind the scenes drama of talk shows to the forefront might actually be interesting.

I figured it would be kind of  like unREAL on Lifetime, the show that shows the inner workings of reality shows like The Bachelor.  I binge-watched Season 1 of that show until one of the characters committed suicide.  That was too real for me and I had to let it go.  But this, Daytime Divas, I thought I could really take a liking to.

So I sat down to watch Season 1 episode 1 with high hopes.

Was it as good as I had hoped?

Hmmm… yes and no.  It was slightly different from what I expected.  For one, I didn’t expect the main character, Maxine, to fall into a coma on the first episode.  But I guess that’s what makes it a drama.

And speaking of comas, Maxine’s eery hospitalization reminded me a lot of Tamar’s hospitalization when she was a co-host of The Real.  I wondered if they actually took her real life drama and weaved it into their storyline.  It wouldn’t be the first time a scripted series borrowed from real life, but I always wonder how the people who actually lived what is being re-enacted on TV actually feel about it.  So much so that I decided to check Tamar’s tweets for any comments on it.  So far she hasn’t mentioned it and I doubt she’s even watched the show now that I think about it.

Daytime Divas centers around a mid-day talk show called The Lunch Hour that is hosted by five female hosts from very different backgrounds. 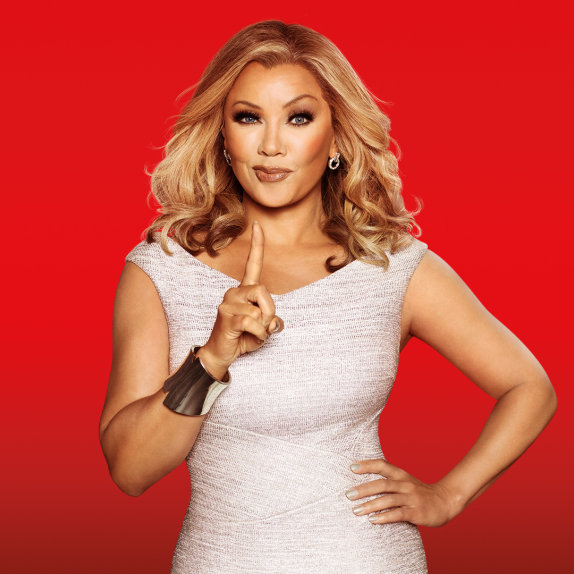 Vanessa Williams plays veteran broadcast journalist Maxine Robinson.
Maxine is The Lunch Hour’s creator and host.
She is a formidable, powerful and decisive woman who fears she’s being put out to pasture. 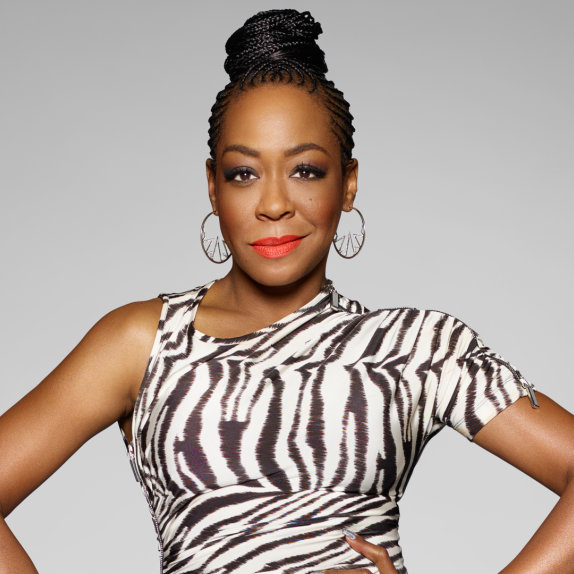 Tichina Arnold plays Mo Evans.
Shes an ambitious and driven co-host on the Lunch Hour. She’s a stand-up comic with no edit button which gets her into trouble with Maxine, the show’s creator and lead host. Mo owns her sexuality and she apologizes to no one. 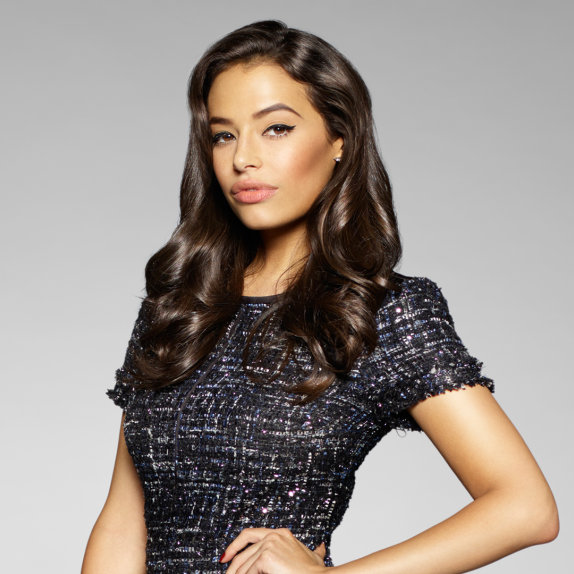 Chloe Bridges plays Kibby Ainsley.
A former child star and out pansexual, she is smart and is trying to turn her life around after rehab. She has a troubled relationship with her own mother, so she sees Maxine as a mother figure and mentor. 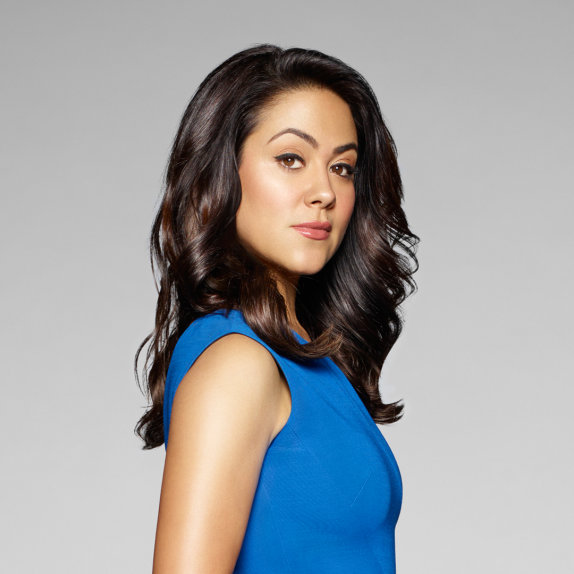 Camille Guaty plays Nina Sandoval.
Nina is a professional, successful, former war correspondent and confident, co-host of The Lunch Hour. Like her co-hosts, Nina is a gem on camera but will stand up for herself backstage even if it means fighting with the women she works with. While the show is in turmoil, Nina is currently figuring out the best way to hide a secret from her future-congressman husband. 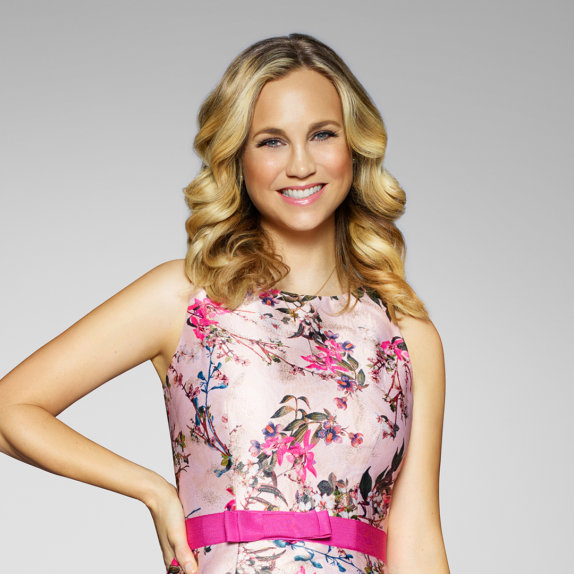 Fiona Gubelmann plays Heather Flynn-Kellogg.
Heather is a former-beauty queen and self-proclaimed spiritual guide of The Lunch Hour. Heather is a modest and driven co-host of a highly popular daytime talk show. Though she claims to be the forgiving one, she’ll occasionally hold her moral superiority over someone’s head if it means getting a leg up.

In the premiere episode Maxine falls into a coma while getting some cosmetic surgery done.  Apparently comments that Mo made about her age actually bothered her enough for her to make a trip to the cosmetic surgeon.  Unfortunately, that trip led to a 3 day stay in the hospital during which 3 of the other 4 co-hosts each vied for her “left chair” moderator position.

Mo threatened to leak details of Maxine’s cosmetic surgery nightmare to the press after discovering that story Maxine’s producer-son, Shawn Robinson, was giving the media was a spin on the truth.  Although Nina and Heather also made moves to get to the left chair, Mo’s trickery actually worked and Shawn actually agreed to give her the left chair.

However, the network demanded Shawn give the chair to Nina (who he’s secretly having an affair with) since Mo is a little too “urban”.  Sound familiar?

Mo didn’t take that decision sitting down, in fact she actually sat in the left moderator chair anyway and forced Nina to sit in her chair. 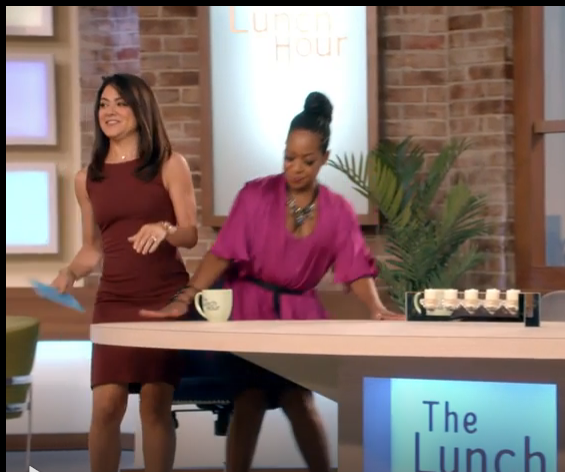 Each of the ladies has their own plot lines going on as well.  Kibby has mommy issues and is falling off the wagon thanks to her mom showing up and threatening her.  Heather has a transgender son and possibly abusive husband.  Nina is married to a congressman but having an affair with Shawn.  And Mo was sleeping with a production assistant who is now threatening to blackmail her.

By the end of episode 1…

Maxine awakens from her coma and starts directing the show right from her hospital bed.  But vows to make the most out of the attention and sympathy she is receiving by releasing a press release stating that she is still fighting for her life.  That way, when she does return it will be epic.