Kenya must be omnipotent, because she CONFIRMED that Sheree Whitfield was in a violent relationship on Instagram after Real Housewives of Atlanta aired tonight. She has since turned off the comments on her Instagram post, but I screen-shotted her replies before she turned them off. 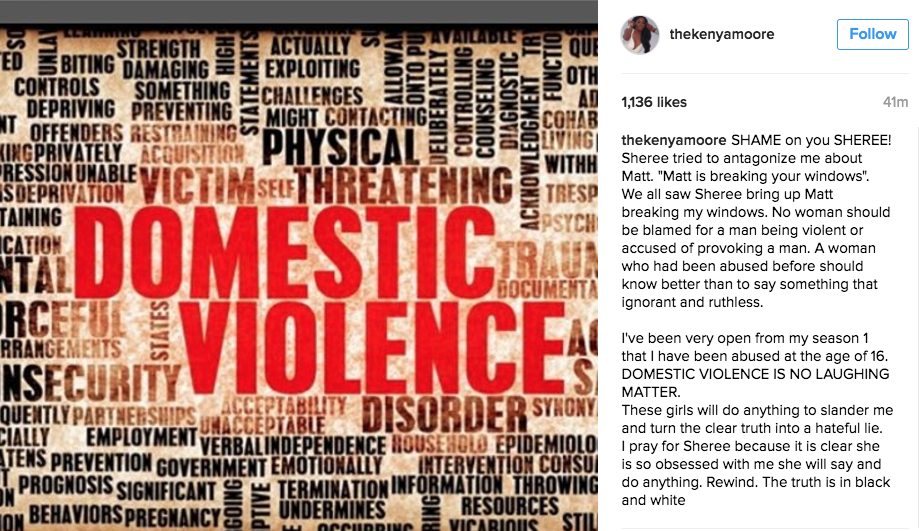 Granted, she only mentioned Sheree’s domestic abuse situation after Sheree accused her of provoking Matt Jordan, who has busted the windows out of Kenya’s garage (twice). HOWEVER, it was classless of her to bring that up, especially since she claims to be in a bad relationship herself. 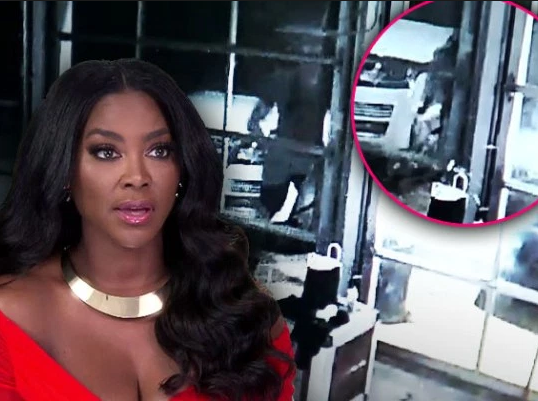 I did do some digging, and Sheree did confirm to Straight From the A in 2009 that she was a victim of domestic abuse. Link: http://straightfromthea.com/2009/02/26/advice-from-sheree-domestic-violence-is-a-big-no-no/ 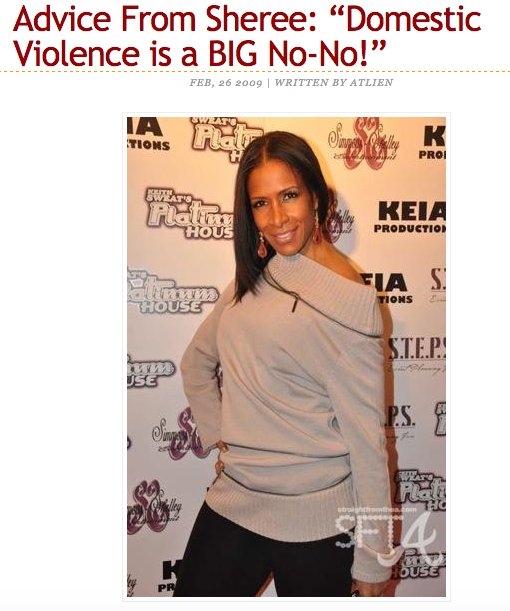 After the show, Kenya went on Instagram and AGAIN confirmed that Sheree was in a violent relationship (which I think is so distasteful.) She acts as if she was a witness to it! And I think she really needs to stop talking about Sheree’s relationship and concentrate on her relationship with herself. She seems to not be able to identify her fault in any situation that goes left.