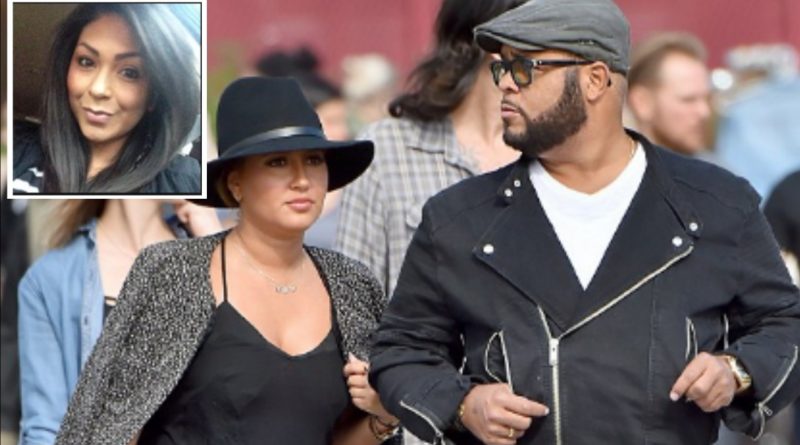 *Skip to the bottom of this article if you only want the info about Israel Houghton’s kids and the unpaid child support.* I like to tell stories from the beginning, so here we go…

Whew!  So a few months ago I posted a YouTube video about how Israel Houghton proposed to talk show host Adrienne Bailon in Paris, France.  In my video I only spoke about how in love the two seem to be, and not about the “dirt” surrounding Israel Houghton.

But now even more information is coming out about Israel Houghton that makes me wonder if Adrienne will be able to forgive Israel!

Israel Houghton has openly admitted to cheating on his first wife, Meleasa.

First, we all (may) know that Israel Houghton was married to his first wife for nearly 20 years before divorcing her earlier this year.  He has publicly admitted to cheating on her.  And he even wrote an open letter on Facebook apologizing for his indiscretions.

Here is the full text of that letter:

“It is with a collective heavy heart that we announce that after over 20 years of marriage and a long separation, Meleasa and I are officially divorced. Several years ago I failed and sinned in my marriage. Though this is new to many, it is not new to us as we have been working through this for over 5 years. Although we tried, the challenges in our relationship have proven too much to overcome. We have always handled our family and ministry with grace and generosity toward others, discretion, and privacy. So, for the sake of our amazing kids, we are also handling this privately with pastoral oversight and assistance. We choose to remain friendly and kind to each other going forward. I am in the process of restoration and I have repented for my actions. Although I am sincerely sorry, and forgiven, I soberly realize that I will live with the consequences of my failings for the rest of my life. As this has become a public matter I want to apologize to the many who have supported my ministry through the years. I’m sorry for the many who will be hurt to learn of my personal failure. I regret any pain or disappointment that this news may cause you. We thank you for your prayers and for allowing us to handle this privately with those who are set over us in this process.

In the letter he mentions he is in the process of being restored.  This may be spiritual “restoration” or he may have been referring to being restored to ministry at Lakewood Church, where he previously was a minister.  Due to his indiscretions in his marriage, he was placed on an “indefinite leave” by the church.  Where I’m from, we call this being “sat down”.  And when a minister is “sat down” he is sometimes “restored” to his position after things have settled down if he/she shows that they are truly remorseful and that they have changed their ways.  Here is the official statement from Lakewood Church regarding Israel’s status:

We can confirm that Israel is on indefinite leave, but it is important to clarify that we still consider Israel to be a part of the Lakewood family and that his employment has not been terminated

Israel’s proposal to Adrienne looked like something out of a fairy tale.

He proposed to her at the Eiffel Tower in Paris, France and apparently it was magical!

The two held a co-ed bridal shower just a few days ago that was beautiful as well.

Although their celebrations of love have been beautiful, magical, and all of that. What’s been ugly is the truth about Israel Houghton and the kids he allegedly fathered outside of his marriage to his first wife Meleasa.

There are two children at the center of the child support case that has been filed against Israel Houghton by the Texas Attorney General. The oldest child is 4 years old, and the youngest is just 2!  That means both children were born DURING the course of Israel’s first marriage to Meleasa Haughton.  No wonder she didn’t want to take him back.

The alleged mother of the children is Devawn Moreno.  I feel bad for this woman, so I am not going to put links to her social media here.  But it sounds like she was with Israel during the tail end of his marriage and perhaps she thought they were going to be together after his marriage ended.  With her having not one, but two of his children, it certainly sounds like they were in a serious relationship for several years.

The Texas Attorney General has an open case against Israel Houghton for child support.

Here’s what you need to know about the case:

Do ya’ll think Adrienne knew about this situation before she agreed to marry him?? It seems like there was not only a wife in the picture, but a mistress too!