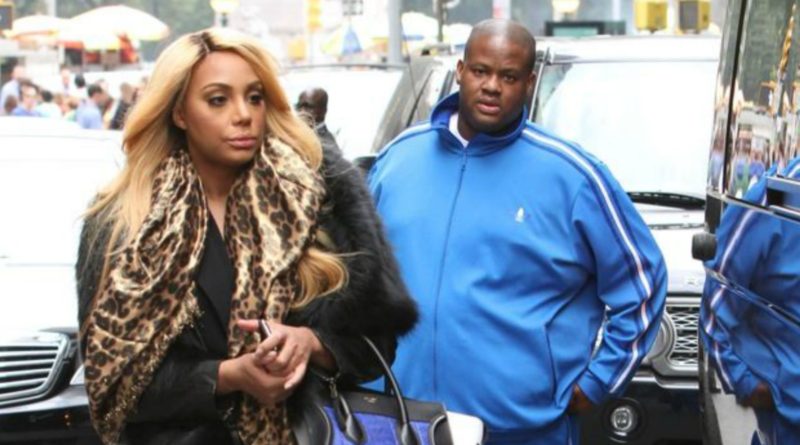 Just 2 days ago I posted a video blog about how Toni Braxton had been in the hospital fighting Lupus, and I also mentioned that Tamar had also been hospitalized recently.  I assumed Tamar’s hospital stay was due to exhaustion, but maybe I was wrong!  The Daily Mail is reporting that Vince may have put Tamar in the hospital!

Later TMZ caught up with the couple and they put on a united front.  But MIND YOU Vince was holding her hand and you could not actually SEE her finger!

Tamar did not make a PEEP when she was seen with Vince, but when the paparazzi caught up with her and her stylist just a few days later, she had a whole lot to say about Vince, her marriage, and how she doesn’t have to defend her decisions to ANYONE.  Check it out here:

When a woman can’t speak freely around her man, there is an issue.  Trust me. And when Tamar made her Instagram private and posted the tweet below, blogs began to speculate if she was finally admitting to the heartbreak she must be enduring. 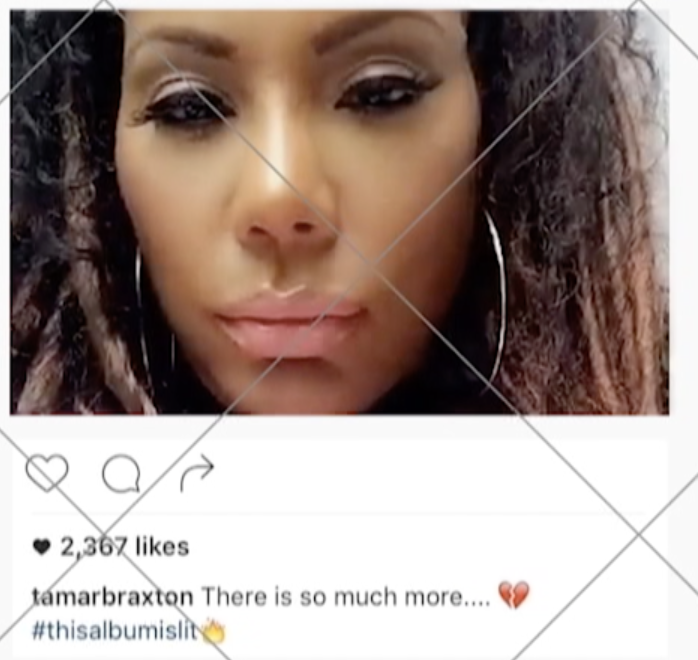 The indication that the album would be lit because of her heartbreak must have reminded a lot of people how good Mary J. Blige’s albums are when her heart is broken.

But Tamar continued to defend her marriage and LASHED OUT at Bossip for the article that insinuated that her and Vince were having marital problems.  Here is the Instagram rant she posted and later deleted: 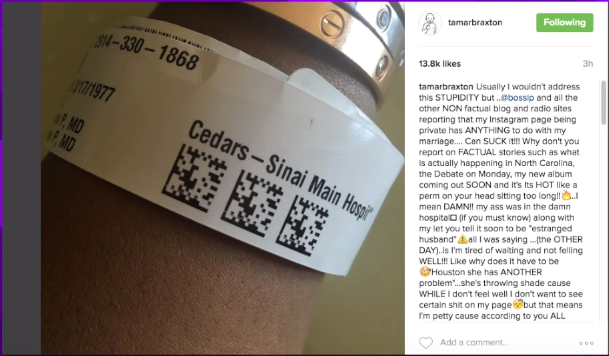 Usually I wouldn’t address this STUPIDITY but ..@bossip and all the other NON factual blog and radio sites reporting that my Instagram page being private has ANYTHING to do with my marriage…. Can SUCK it!!! Why don’t you report on FACTUAL stories such as what is actually happening in North Carolina, the Debate on Monday, my new album coming out SOON and it’s Its HOT like a perm on your head sitting too long!!?…I mean DAMN!! my a** was in the damn hospital? (if you must know) along with my let you tell it soon to be ‘estranged husband’?? all I was saying …(the OTHER DAY)..is I’m tired of waiting and not felling WELL!!! Like why does it have to be?’Houston she has ANOTHER problem’…she’s throwing shade cause WHILE I don’t feel well I don’t want to see certain s*** on my page? but that means I’m petty cause according to you ALL ..unfollowing folks means DRAMA! Well some people post too damn much!! And I will and do unfollow they a** cause I don’t feel like seeing your 147,997,886 zillion posts!!! So that means to keep my blood pressure and pulse up cause ‘Tamar you betta keep looking at peoples pages and some food Pages and Instagram store clothes pages all damn day (didn’t report that tho) Or I’m petty???..Chile? #gtfoh #takeoff or..oh…She’s having one hell of a year’… But if I tell you what is none of anyone’s business.(I’m a little under the weather)..its ‘She always gotta be the victim’..’ She is too dramatic for me’ or.. ‘ she always wants to make people feel sorry for her’..(which is STUPID)!! So I make my page private cause i simply feel like it AND cause y’all think y’all know EVERYTHING!?hell Jesus even needed a break from his friends ( for you unsaved ones.. the disciples) by going to the rock to pray to be BY HIM SELF WITH GOD!! #teamwornthin?? how about some of Y’all need to get u a rock or a stomp and??? and build a tint, a tiny house,or a sleepingbag, or some?#teamimonpainmedsandANYonecangetitrigtnow?? #butanyOLEapologywilldo? here is the thing:…when there is something to repot.. I WILL LET YOU KNOW!! GodBless you and Goodnight

When I read the article on the Daily Mail I kept trying to figure out WHY IS THIS NEWS AGAIN? It seems as if everyone now knows that Tamar and Vince get physical with each other.  But apparently a source close to the couple (by the name of Hayley Lockwood Shore) confirmed the couple’s violent ways on a Facebook post.

Me being me, went and found Hayley on Facebook and this is what I saw.

Hayley met Tamar while working as a production assistant on “The Real” talk show, which later fired Tamar (more on Vince’s part in that later).  Here is her Twitter profile where she states she works at “The Real”.

On August 22, 2016 Hayley Shore shared a post from Love B. Scott that detailed the incident in Atlanta where Vince allegedly bit Tamar’s finger.  She captioned the photo:

It just won’t stop. Thank god I got out. I seriously felt unsafe.

Which, in my opinion, indicates that the couple fights all the time.  Her Facebook friends seem to confirm the violence with their comments seen here:

Me too sis. That was too much for u to be around

Girl.. Those two are f

It appears now that a source close to the couple has confirmed their fights, their domestic disputes are back in the headlines.  Poor TayTay. Let’s just stop and say a prayer.

Dear Heavenly Father, I pray for any man or woman experiencing violence at the hands of any other person. Lord, please give them the knowledge deep down in their soul that they are loved by YOU and don’t need any other man or woman in this world to provide A THING for them.  YOU are the provider of our wants and needs and all that we have comes from YOU.  Let them know Lord that they can leave that relationship and not look back! No judgement, no condemnation. May the Love of Your Son Jesus Christ fill their hearts in ways that it never has before. Amen.

Now on to the details being reported by the Daily Mail.

The Daily Mail reports that each of Tamar’s sisters are glad that the “real” situation between Tamar and Vince is finally coming to light.

Several of the sisters were present at Tamar and Vince’s Calabases, CA home when a physical altercation lead Toni Braxton to call police, but no arrest was made.

Vincent Herbert used to manage Toni Braxton’s music career years ago, but she abruptly fired him. The whole ordeal was captured by WEtv cameras and aired on Braxton Family Values.  At the time no mention was made about her not approving of his allegedly violent relationship with Tamar.

Sources close to Braxton claimed she has been suffering financial problems and living in a ‘private hell’ with Vincent Herbert despite years of attempting to present their union as the perfect marriage.

‘That’s only the tip of the iceberg. Their house has been in foreclosure several times as well. They’re living high on the hog, but just not paying for the pig,’ the source explained.

Months ago, when Tamar was fired from The Real talk show there were several reports that Vincent Herbert, her husband and manager, knew she was being fired weeks before Tamar knew.  Reports also alleged that VINCENT was a big part of the problem at The Real and that producer Rachel Miskoweitcz wanted to have a heart to heart with Tamar to save her job, but Vince would not allow it.

In her heart of hearts, Tamar believes it was actually Vince who caused her to lose her job at The Real,’ the source said. ‘He ran interference and botched the negotiations moving into season three and ultimately, they dropped her because of that.

This is apparently the root of the problem between Tamar and Vince.  She hired new management after being fired by The Real and signing a production deal with Steve Harvey. Vince is now allegedly co-managing her career along with Rushion McDonald, and for a man like Vince, that is a problem.